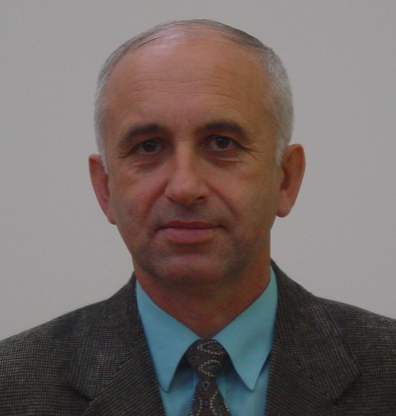 Myroslav Stodilka graduated from the Faculty of Physics of Ivan Franko Lviv State University in 1976. Since graduation till 1993 he was working as researcher at Radio Engineering Research Institute in Lviv. In 1990, under the scientific supervision of B.T. Babij, he defended Ph.D. thesis "Study of neutral sodium and magnesium lines in the solar atmosphere". Since 1993 till 1997 he was teaching physics at the Lviv Physics and Mathematics Lyceum. Myroslav has joined the Astronomical Observatory of Lviv University as a senior researcher in 1998, where he was leading the Department of Solar Physics since 2000, and became the Deputy Director in 2002. In 2008 he successfully defended the Doctor of Sciences thesis titled "Inverse problems of radiative transfer and diagnostics of the solar atmosphere". He passed away on March 19th, 2021 due to COVID-19.

The research field of Myroslav Stodilka was physics of the solar atmosphere and the mechanisms of non-equilibrium line formation in the inhomogeneous solar atmosphere. His achievements in research include: an original approach developed to solve multilevel non-equilibrium radiative transfer problem for unpolarized and polarized radiation, improvements for inverse methods to study the inhomogeneities in the solar and stellar atmospheres, studies of the convective motions and wave propagation in the solar photosphere, proposed the new methods for diagnostics of magnetic fields in solar atmosphere. Also, Myroslav Stodilka developed the method for geomagnetic perturbations prediction, and began to study the geophysical manifestations of solar activity and the influence of solar radiation on the orbital motions of Earth`s artificial satellites. Myroslav Stodilka has published more than 70 papers and the book "Diagnostics of the inhomogeneous photosphere of the Sun".

See, also an Obituary in Ukrainian: