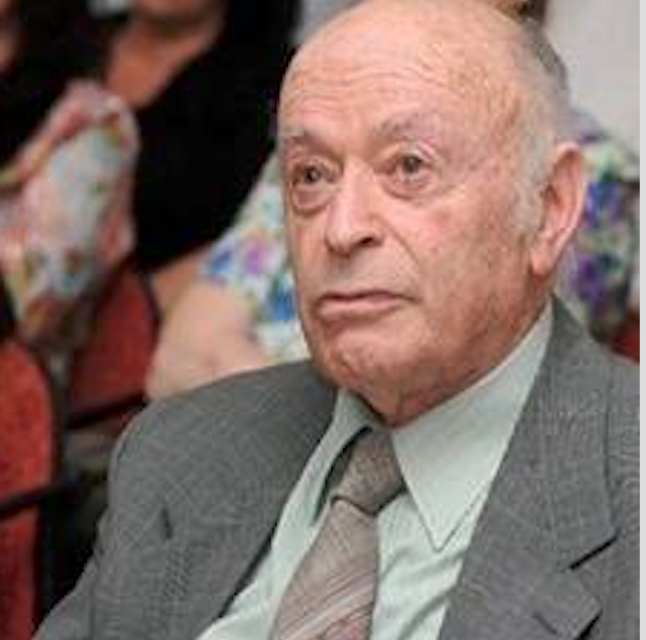 Our astronomical community mourns Prof. Dr. Alejandro Feinstein who passed away at the age of 92 on January 11, 2022.

We send his family the most respectful condolences in these moments of sadness. With his death, the Argentine Astronomy Association (AAA) says goodbye to one of its founding members in the year 1958.

Born in the city of La Plata in 1929, Alejandro Feinstein studied Astronomy at the Higher School of Astronomy and Geophysics at the National University of La Plata, Argentina, until he obtained the degree of Doctor in Astronomy in 1960. Early on on his career, he was one of the founding members of AAA in 1958.

Part of his scientific training was done at the University of California, Lick Observatory, in 1961 and 1962 and later at the University of Arizona, Steward Observatory, in 1969 and 1970 as a fellow of the John Simon Guggenheim Memorial Foundation. In these institutions he acquired complete knowledge of the photoelectric photometry technique of which he was a pioneer not only in Argentina but also in South America. His mastery of this technique led him to become visiting professor at the University of Rio Grande do Sul, Porto Alegre, Brazil, in 1977 and 1979 and at the University of Belo Horizonte, Brazil, in 1980. Much of his photometric work was strongly focused in the Carina and Eagle Nebulae regions
attempting to reveal the state of evolution of the star clusters, their distances and reddening laws
in both cases.

He also directed much of his efforts to consolidate the advancement of Astrophysics within the scope of the La Plata Astronomical Observatory that culminated in the creation, together with other colleagues, of the Institute of Astrophysics of La Plata, of which he was its first director in 1999 and whose building is named after him. He joined the IAU in 1967 and became part of the Special Nominating Committee for the election of members of the Executive Committee between 1991 and 1994 and served as President of Commission 37 (star clusters) between 1994 and 1997. He was also a member of the Royal Astronomical Society in the UK in 1966 and a free member since 1994. Between 1979 and 2001 he was associated to the Academy of Sciences of New York.

His continuous and vigorous work were awarded by the Province of Buenos Aires (Argentina) in 1980, by the Argentine Scientific Society in 1995, by the National Academy of Sciences in 1996, by the Ministry
of Education and Secretary of Science and Technology, Buenos Aires, 2003, and in 2008 by the National Scientific and Technical Research Council (CONICET) on the occasion of its 50th anniversary.

His marked interest in teaching led him to write four books on astronomy, for secondary school and university students. Likewise, his dedication to university teaching led him to become a professor in several Astronomy courses at La Plata. He began teaching in 1963 and continued to do so without
interruption until he was appointed Professor Emeritus in 1995 by the National University of La Plata. However he extended his tireless teaching work until the year 2006.

With the passing of Alejandro Feinstein, a man goes who, beyond all academic and scientific merit, has been simple and affable in his daily life. He helped everyone, without distinction, to progress in their scientific careers. Thanks to this attitude today several of his disciples and collaborators have a leading
role in Astronomy in Argentina.

Finally, Alejandro Feinstein was always an enthusiastic researcher who used to convey his passion for the sky to those who were willing to listen. For this and for everything he has done in his professional life we, the members of the Argentinian astronomical community, mourn his death while warmly treasure his legacy.