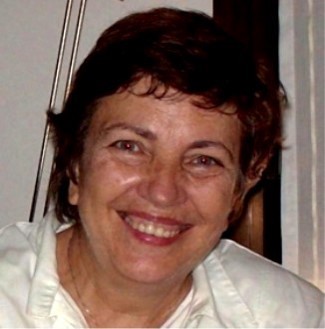 Lucia Padrielli was born in Bentivoglio (Bologna) on December 12, 1943. In the year 1967 she obtained a degree in Physics at the University of Bologna with a thesis on radio astronomy. In 1971 she obtained one of the first positions of the newly established Istituto di Radioastronomia of the National Research Council (CNR) and worked with the group of radio astronomers who were the first to use the “Northern Cross Radio Telescope.”

Her research activity spanned from radio galaxies and quasars to low frequency variable radio sources, that she monitored with the “Northern Cross,” and observed extensively with the VLBI technique. Lucia had several national and International responsibilities. She was Acting Director of the Istituto di Radioastronomia from 1986 to 1992, and then full Director until 1999. During this time, she promoted the internationalization of the Institute, by supporting a growing involvement of Italian radio astronomy in the VLBI networks, both for astronomical and geodetical studies. She found resources for the development of VLBI activity in Italy and managed the expansion of the Institute with the construction and operation of the antenna in Noto (Siracusa, Sicily). She also played an active role in the start of the Sardinia Radio Telescope (SRT) Project, and in the solution of related economic and bureaucratic problems. In 1999, she was appointed as member of the Executive Board of the CNR, and thus contributed to the management and organization of the Italian research, not only in the astrophysics area, at national level.

Lucia was the Italian representative in the European VLBI Network Board of Directors and was Chairperson for a number of years. She was also vice-chair of the Joint Institute for VLBI in Europe (JIVE) Board.

She was tireless in supporting radio astronomy not only in Italy, but also world-wide. She has been a leader in the international radio astronomy community as Vice-President, and later as President, of IAU Division X (Radio Astronomy) and its Commission 40. She played a very active part in implementing the new IAU structures and supporting Division X meetings, the symposia and the working groups. Lucia attended the IAU GA in Sydney in 2003 in a wheel chair, since she suffered from a serious neurodegenerative disease, but she didn’t want to miss the opportunity to conclude her term as President, thus showing a great sense of duty. She was not only an excellent astronomer and administrator, but also a marvelously warm and reassuring person. She had large interest in training young researchers and in promoting educational activities and collaborations with the Bologna University colleagues.

She passed away on December 22, 2003 after a long period of sickness that she endured with great strength and dignity. She continued to work with the usual dedication and responsibility until the very last days, despite the great efforts involved. She will be remembered for her contribution to the Italian and international radio astronomy, and for her energy, good humor, and a very good sense of life. Given her personality and driving force, she is a great role-model for all of us, especially for women in astronomy.