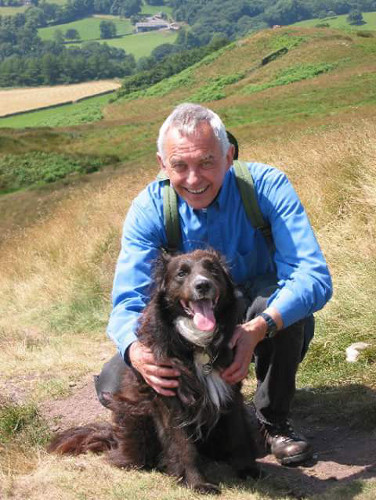 Richard Davis was born on 28 June 1949, educated at March Grammar School, Cambridgeshire 1960-1967 and obtained a college scholarship to read Natural Sciences at Downing College, Cambridge and obtained a BA degree in theoretical physics in 1971. Richard joined the MSc course at The University of Manchester Nuffield Radio Astronomy Laboratory at Jodrell Bank in 1971 and transferred to a PhD in 1972, initially under the supervision of Robin Conway and later under Ralph Spencer. Richard worked on the first phase-stable long baseline interferometer at Jodrell, which was successful in enabling sensitive observations of radio sources in the mid 1970’s due to increased integration time and positional accuracy. This single baseline instrument directly led to MERLIN.

Richard obtained his PhD in 1975 with a thesis on the polarisation properties of Quasars with 5 Nature papers published in 1973 -1975, including the detection of the outburst on Nova Monoceros (A620-00). He was awarded an SRC Fellowship in 1975-1977, followed by a University Fellowship and then a Lectureship in radio astronomy in 1978. He then went on to work with Sir Bernard Lovell and Ralph Spencer on interferometric observations of flaring red-dwarf stars, obtaining the clear detection of flares at 408 MHz from YZ Cmi in 1978. He worked on the phase transfer system for MERLIN with Bryan Anderson and Mike Bentley, which is still in use today. He successfully used the instrument to obtain high dynamic range images of the quasar 3C273. He continued to work on extragalactic radio sources as well as stellar astronomy though it became clear that more sensitivity was required which could mainly be achieved by using higher bandwidths than in common use at the time. He and Steve Padin designed the 400 MHz bandwidth ‘wide-band interferometer’ using telescopes at Jodrell Bank which was also very successful in detecting the cm-wavelength radio emission from Novae, Symbiotic stars, the outer planets and X-ray binaries.

Richard’s interests in stellar radio astronomy continued up until the 1990’s, though he still did important technical work including resurfacing the Mk2 and Lovell telescopes and the procurement of the MERLIN 32-m telescope sited at Cambridge. In the late 1990’s Richard’s interest turned more to the Cosmic Microwave Background, including the design of interferometers on Mt Teide in the Canary Islands, leading to the Very Small Array and eventually to a major role in the Planck satellite. Richard was STFC Principal Investigator for the development of receivers for the Low Frequency Instrument (LFI) on Planck, successfully overseeing the construction of the 30 and 44 GHz receivers which were the most sensitive in the world at that time. The Planck satellite has been very successful in CMB work, though Richard’s main interest in recent years has been on the galactic foregrounds, in particular in discovering the anomalous microwave radiation from spinning dust. Throughout his career he has been an outstanding instrumentalist, as he said not bad for a theoretician, though he always had astronomy research in mind.

Richard published more than 200 papers including 15 in Nature. He became a Senior Lecturer in 1994, Reader in 2001 and Professor of Astrophysics in 2009. In 2011 he was awarded the Order of the British Empire for services to Science following his work on Planck. He served on the Council of the Royal Astronomical Society in 2011-2014.

Richard loved life and was always fun to work with. His enthusiasm was communicated to both undergraduates and graduates in the courses in physics and astronomy he gave at the University of Manchester. He died on 2 May 2016 of heart failure, but had not been in the best of health for a few years. The latter did not diminish his determination to enjoy life and he continued to run marathons and work at high altitude in the Atacama desert. He is much missed by colleagues, friends and family.