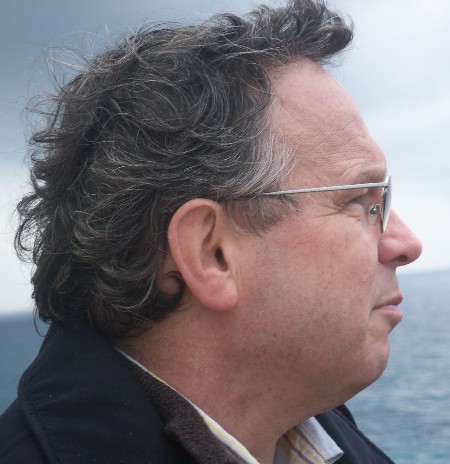 Andrea Milani - a major figure in the field of celestial mechanics, passed away suddenly on 2018 November 28.

Born in Florence in 1948, Andrea Milani Comparetti graduated in 1970 in Mathematics at the University of Milan. Passionate of astronomy and mathematics, he started his researcher career in the late 70s, working on dynamics in the Solar System, and became professor at the Department of Mathematics at University of Pisa,

He was a highly respected expert in celestial mechanics and worked on various topics, dynamics, resonances and chaos, asteroid families, Yarkovsky effect, orbit computation of asteroids and NEOs. He was also involved in several space missions - including the ongoing BepiColombo and JUICE, and at the origin of the SpaceDyS company in Italy. He has been author and co-author of a long list of papers, and also of textbooks and research books, like “Non-gravitational perturbations and satellite geodesy”, and “Theory of Orbit Determination”.

He was also an important member of the University of Pisa, a mentor to many in his field. He was a very active member in the Planetary Defense community, and did regularly participate to Planetary Defence Conferences organized by the IAA dealing with the asteroid and comet hazard. He was member of several scientific societies, and a past recipient of the American Astronomical Society AAS/DDA's Brouwer Award (2010). He was a member of the Editorial Board of the Springer Journal “Celestial Mechanics and Dynamical Astronomy”. Andrea was a strong personality and very active in many communities, giving lectures and conferences to broad audiences. Moreover, the AstDyS and NEODyS web services, that he created and maintained at the University of Pisa, became soon two reference points for astronomers.

Andrea had played several key roles in the history of the International Astronomical Union.

He occupied over 8 different office positions under several Commissions and Divisions; among them we highlight that he was the President of Commission on “Celestial Mechanics & Dynamical Astronomy” (2003-2006), the Secretary of Commission for “Positions & Motions of Minor Planets, Comets & Satellites” (2012-2015), and the first President of the Cross-Division A-F Commission X2 “Solar System Ephemerides” (2015-2018). He also served as member of the Steering Committees of Divisions 1 and F.

His many colleagues had the opportunity recently to celebrate his dense career with “A workshop in honour of Andrea Milani Comparetti on the occasion of his 70th birthday” (2018 AMC70 Between mathematics and astronomy). The main-belt asteroid (4701) Milani has been named in his honour.

Our deepest condolences to his very close friends and colleagues, and to his family

President of IAU Commission A4 Celestial Mechanics and Dynamical Astronomy