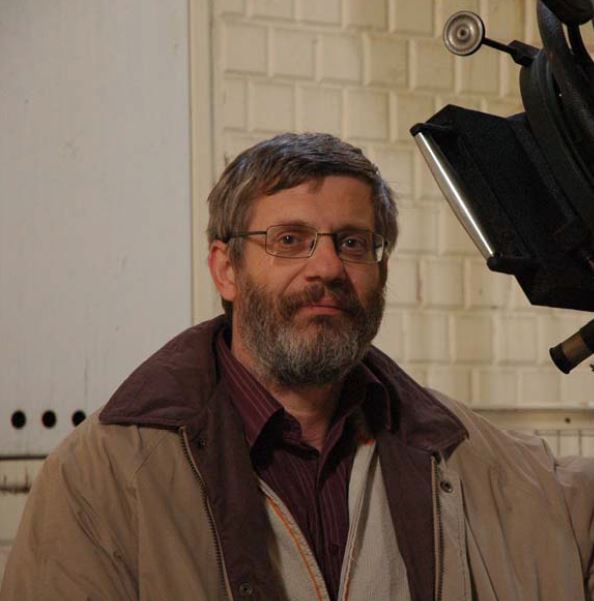 Born in Diest, Belgium, Jan spent his time as a student at the University of Leuven (Katholieke
Universiteit Leuven or K.U.Leuven). He obtained his master degree (Mathematics) on July, 5th, 1978, and his Ph.D. in Sciences (Mathematics ‐ Astronomy) on June, 12th, 1985. His respective promoters were Prof. F. C. Bertiau and Prof. M. D. Goossens. He spent several years as a researcher at the K.U.Leuven, both in Leuven and in Kortrijk, before his appointment at the Royal Observatory of Belgium in 1987. Jan chose to be a researcher in the department of Astrophysics.
He became responsible for the information service in 1997, and acting head of department in 2008.
In 2015, he got the nomination as head of the by then fused department of Astronomy & Astrophysics.
Jan's scientific career started with the study of a method of period analysis for the short‐period
variable stars of type Beta Cephei and Be stars (in his PhD thesis, using the method of Phase
Dispersion Minimization, and in further works in collaboration with S. Štefl, Ondřejov Observatory,
Czech Republic). He extended the focus of his attention to theoretical studies of period search
methods of variable phenomena applied to various types of celestial objects (variable stars, comets,
...). In 1987, he received an award from the "Koninklijke Academie voor Wetenschappen, Letteren en
Schone Kunsten van België" with a contribution on "Period Analysis of Variable Stars". In this field, he
acquired an international reputation which resulted in different invited reviews and finally, in a
significant contribution to the preparation of the Gaia mission (cf. below). Among his interests were
also statistical studies, in particular of variable stars.

At the Institute of Astronomy, K.U.Leuven, Jan performed several observational campaigns at the
Swiss observatories of Gornergrat and Jungfraujoch (using the Geneva photometric system) and at
the European Southern Observatory (ESO, La Silla, Chile) during the years 1979‐1990. He observed
at the South‐African Astronomical Observatory (SAAO, Sutherland, South‐Africa, in collaboration
with L. A. Balona and F. Marang) and reduced data at the ESA station of the International Ultraviolet
Explorer (IUE, Villafranca, Spain, in collaboration with W. Wamsteker). Most of the observational
campaigns and associated results concern the field of pulsating variable stars (i.e. Beta Cephei and
Be stars, Gamma Dor stars) and asteroseismology. At the time of the Hipparcos space mission, he
devoted time to analyse and interpret the data on variable stars coming from the Tycho experiment
aboard the Hipparcos astrometric satellite, in collaboration with J.‐L. Halbwachs (Observatoire de
Strasbourg, France). Jan's major interest and most important scientific contributions clearly pertain
to the field of variable stellar objects, in line with the topic of his PhD work.

At the Royal Observatory of Belgium (ROB), Jan kept close ties with the people of the Institute of
Astronomy, K.U.Leuven, and contributed to several papers based on the acquisition, reduction and
analysis of photometric multi‐colour observations performed with the Mercator telescope (operated
by the K.U.Leuven and located at the Observatory Roque de los Muchachos, La Palma, Spain). This
concerned different types of main‐sequence variable stars from early B‐ to the early F‐type stars. He
was an active member of the Belgian Asteroseismology Group founded by C. Aerts and A. Noels.
During the early 90's, he was an active member of the "Réseau européen de Laboratoires: Etoiles
Doubles Visuelles" led by Dr. E. Oblak from the Observatoire de Besançon, France. This European
collaboration was dedicated to the astrometric and photometric measurements of components of
visual double stars, and was awarded a large amount of telescope time at small telescopes of the
ESO observatory, La Silla, Chile. Jan contributed with observations and dedicated software to analyse
the (blended) images of close double stars, in close collaboration with P. Lampens (Brussel), E. Oblak
(Besançon), W. Seggewiss (Bonn) and D. Sinachopoulos (then at Brussel).

At the IAU Symp. 185 organised in Leuven in honour of Paul Ledoux (2001), he presented a
remarked talk entitled "A Flower on a WIRE: Asteroseismology of a Massive Star" based on a study of
the Beta Cephei star Mimosa (Beta Crucis) and measurements collected with the Star Tracker of the
Wide‐field InfraRed Explorer (WIRE) satellite. He performed this study in collaboration with C. Aerts
(Leuven) and D. Buzasi (Colorado Springs, USA). He then started to work on period analysis, statistics
and detection rates of variable stars as a member of the Variable Star Working Group of the
Hipparcos space mission together with L. Eyer (Geneva Observatory, Switzerland).

Because of his lifelong interest in the variability of stars and his former contribution to the Hipparcos
mission, it is no surprise that Jan would become involved in the next ESA space mission, namely
Gaia. After all, besides delivering highly accurate distances, Gaia also aims at providing photometry
for about one billion stars. On average, it will observe each of these stars 80 times, resulting in the
discovery of millions of new variables, thus substantially increasing our knowledge of the variability
types (including types with only a few cases presently known). Jan thus joined the Data Processing and
Analysis Consortium (DPAC) of the Gaia mission at its start in 2006. The DPAC organizes the reduction
and analysis of the Gaia data, and is divided into nine Coordination Units. Jan played a major role within
the Coordination Unit "Variable Objects" which handles the variability analysis. He was a member of its
Steering Committee and responsible for the variability characterization work package. In this package,
he applied his knowledge of the statistical properties of period search methods, and adapted them to
the specific needs of the Gaia data. As part of the validation, he applied these techniques also to other
large data sets, such as those of Hipparcos and OGLE. Jan was the ROB Co‐PI of the Belgian PRODEX‐
project centered on the preparation of Gaia and funded by BELSPO, and he was proud to see the first
scientific results of his work, as the first Gaia Data Release contained light curves for a number
of Cepheid and RR Lyrae variables.

Jan's work and career cannot be described in just a few paragraphs. Although his principal interests
were methods of period analysis and stellar variability, he also devoted part of his time to related
topics of stellar physics, such as visual double stars, cataclysmic variables... Overall, he contributed to
112 articles in total. The scope of his interest in astronomy was however much broader, first as a
young amateur astronomer and member of the local amateur astronomers club Helios (Averbode,
Belgium), later as the head of the information service of the Royal Observatory and member of the
Board of Directors of the “Vlaamse Vereniging voor Sterrenkunde” (the Flemish astronomy
association).

As a science communicator, he enjoyed explaining the celestial phenomena and the latest
astronomical news both to the media and to the public. He had a good practical knowledge of the
physics involved in daily life. It was never too much for him to explain the same celestial
phenomenon or astronomical event over and over again. Always cautious as a coordinator of the
Open Door events, he prepared those in a careful way and never missed any. Next to answering a
huge diversity of questions, he regularly guided groups of visitors. In his spare time, he was leading
the local association Helios, and was in regular contact with the community of Flemish amateurs
Observatory where he was a most welcome guest speaker.

Science communication is not for everyone, but it was Jan’s hidden passion. Whether the public
consisted of a group of youngsters, seniors, journalists or scientists, he always managed to pass on
the message. His sudden passing (Feb. 28th, 2017) is a great loss, as we now realize the impact of his
absence on a day‐to‐day basis. We are thankful for what he did and represented at the ROB.