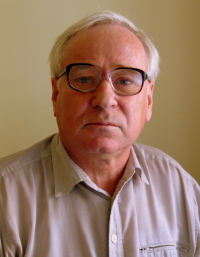 On March 3, 2021, Alexander Egorovich Dudorov, Professor, Doctor of Physics and Mathematics, Head of the Department of Theoretical Physics of the Chelyabinsk State University passed away.

Alexander Egorovich is the author of over 200 scientific and methodological works. One doctoral and six PhD theses were prepared and defended under his supervision.

He was active in teaching. For many years he gave lectures on the main topics of theoretical physics, taught special courses on cosmical electrodynamics, theoretical astrophysics, and others. He supervised the astrophysical seminar at the Chelyabinsk State University and was actively involved in the popularization of science.

Alexander Dudorov was a versatile and charismatic person. Colleagues and students will always remember his inexhaustible desire to investigate nature in all its manifestations, the sharpness of his mind and sense of humor. Despite his severity, he was a kind and sympathetic person who was always ready to help both colleagues and students. He was an honest and principled person both in science and in life.

Colleagues and friends deeply grieve and express their sincere condolences to the family and friends of Prof. Alexander Dudorov. The memory of him will forever remain in our hearts.