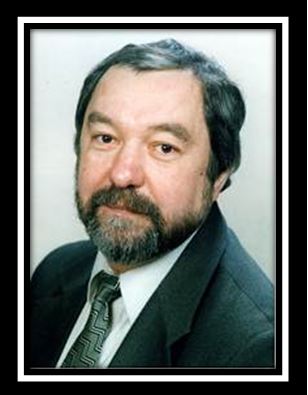 Vladimir Anatolyevich Zakhozhaj was born in Krasnohrad, Kharkiv region, in the family of employees. In 1974 he graduated from the Physics Department of Gorky Kharkiv State University with a degree in Astronomy. Since 1973 he has worked at the University as a laboratory assistant, research associate, senior researcher, and then as a Director of the Astronomical Observatory (1993-2001), Director of the Research Institute of Astronomy (2002-2004) of the V.N. Karazin Kharkiv National University.

In 1980-1991 he was a scientific secretary of "The Problem of Searching for the Extra Solar Planets" workin group at the Scientific Council on the Radio Astronomy of the Academy of Sciences of the USSR and the All-Union Working Group "Close Double and Multiple Stars". In 1987 he defended his PhD thesis "Statistical properties of the nearest stars", in 2007 - completed his doctorate and defended his Dr. Hab. in Phys. & Math thesis "Statistical regularities in star systems". Since 2008 he has been a professor at the Department of Astronomy of the V.N. Karazin Kharkiv National University.
Elected a member of the International Astronomical Union and of the European Astronomical Society, President of the Association “Planetaria of Ukraine”, worked for many years as the Scientific Secretary of the Astronomy Council of the Department of Physics and Astronomy of the NAS of Ukraine, was a member of the specialized scientific councils D64.051.02 of the V.N. Karazin Kharkiv National University and K26.062.13 National Aviation University, a member of the editorial board of the “Journal of Astronomical School”.

Among the areas of scientific activity of V.A. Zahozhaj are the physics of stars, sub-stars and exoplanets; star astronomy, statistical cosmogony, cosmo microphysics, history of astronomy. V.A. Zahozhaj has co-authored a series of works that have succeeded in predicting of sub-stars - a new class of celestial bodies (they are now discovered), and derived an analytical formula for the probability of presence of planets near stars. He proposed a new method for search sub-stars and exoplanets, and a method for determining the distance to the stars, where as a geometric base he suggested exploring the Sun's annual path in its motion around the center of the Galaxy. He proposed and developed the basics of statistical cosmogony, a new astronomical subdivision, where probabilities, mathematical statistics and elements of graph theory, a unit of discrete mathematics are used to study the evolution of stellar systems. He created his own catalog of stars closest to the Sun, which became part of the Strasbourg World Astronomical Data Center.

Vladimir Zakhozhaj taught courses “General Astrophysics”, “Star Astronomy”, “Evolution of stars and sub-stars”, “Introduction to Astrophysics and Cosmogony”, and “Modern Problems in Astrophysics”. As a professor-lecturer, he sought to strengthen the student's interest in the future profession by giving lectures about the structure of the Universe, its evolution. He was awarded the Medal of Excellence in Education for his high professionalism in teaching and training of future astronomers.

V.A. Zahozhaj paid much attention to the development of the system of teaching and dissemination of astronomical knowledge at the position of Vice-President of the Ukrainian Astronomical Association and as the President of the Association "Planetaria of Ukraine", created to promote the development of the planetariums of Ukraine, as well as the dissemination and popularization of science both in Ukraine and abroad. He worked for many years on the organizing committees of scientific and educational conferences and a member of the jury of the All-Ukrainian Olympiads in Astronomy.