IAU and the International Year of Light 2015
Click to Enlarge

Spearheaded by the European physics community, planning is underway for the UN-endorsed International Year of Light (IYL) in 2015. With the encouragement of the General Secretary, Thierry Montmerle, IAU Commission 50 (site protection and promotion of dark skies access) is assembling members for a working group to enhance communication and enable coordination of astronomy-oriented activities for the IYL.

The IYL is intended to showcase the science of light, innovations and applications of lighting engineering and design, and the impact of light on health science, communications, entertainment, urban nightscapes, and the developing world. One of the themes will be astronomical — “Cosmic Light” — which includes Dark Skies Awareness, and it is expected to be a cornerstone programme in the global outreach activities.

At a recent IAU planning meeting in Paris, it was stated the intention of having a strong astronomy-oriented component and delegated full responsibility to the IAU to carry it out. Piero Benvenuti, Assistant General Secretary, will serve as the IAU representative on the IYL Executive Committee. A proposal for the constitution, charge, and support of Working Group activities has been considered by the Executive Committee at their meeting in Australia in April 2014.

The officially stated themes of the IYL are:

The IAU will build on the heritage and infrastructure of the International Year of Astronomy 2009 (IYA2009) to provide astronomy cornerstone activities for many of their themes. At the same time, IAU’s strongest contributions are likely to be crosscutting between more than one of the IYL main themes. The IAU knows that astronomy themes naturally involve the nature and origins of light, the function of astronomical optics, as well as the cultural and scientific value of dark skies preservation.

Given the relatively short lead-time of less than a year, the IAU assumes that it will be building on existing programmes, particularly ones that have been successful legacy projects from IYA2009. The IAU notes the paradigm from the IYA2009 that the successful programs were built by the dedication and enthusiasm of their proponents in a bottom-up fashion.

The IAU envisions three or four major programmatic aspects to its “Cosmic Light” cornerstone. Those listed as examples have a basis in already developed activities for IYA2009, and are suitable for attracting sponsorship support to extend the content and global reach.

The Education and Public Outreach category has examples of (IYA2009-inspired) activities, many of which are ongoing, that could be adapted to support the themes of the IYL in their current modes.

Please keep an eye on http://www.iau.org/public/iyl/ for updates. 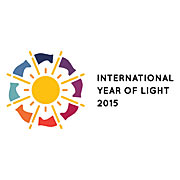 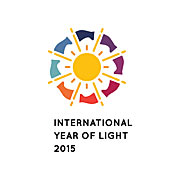