The 2015 Gruber Prize in Cosmology honours theorist Jeremiah P. Ostriker for his lifetime of achievements and the experimentalists John E. Carlstrom and Lyman A. Page, Jr. for their pioneering observations of the cosmic microwave background (CMB), the relic radiation from the infancy of the Universe’s existence.

Individually and collectively, the work of these three scientists has helped to establish and advance the standard cosmological model: a Universe that arose out of an inconceivably dense state of matter and energy, and has been expanding and cooling ever since, eventually coalescing into today’s familiar skyscape of planets, stars, and galaxies.

Ostriker will receive half of the US$ 500 000 award, while Carlstrom and Page will divide the other half. Each will also receive a gold medal at the XXIX General Assembly of the International Astronomical Union in Honolulu, Hawaii, on 3 August 2015.

The 2015 Gruber Foundation Fellowship recipient is Cristobal Petrovich Balbontin from Chile, who will spend the fellowship period at CITA (Canadian Institute for Theoretical Astrophysics) and the Center for Planetary Science at the University of Toronto, where exoplanets is a very active research field. He plans to extend some of the theories of planet migration by taking into account the effect that stellar evolution and hope to understand how the architecture of planetary systems changes for different stellar populations. 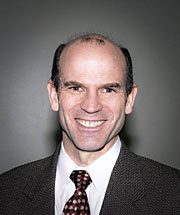 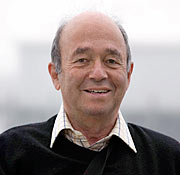