The IAU Office of Astronomy for Education (OAE) is today announcing the winners of its 2022 Astrophotography Contest. After being launched in April, the contest received nearly 230 entries from 31 countries around the world. The winning photos and videos, listed below, will expand the OAE’s collection of high-quality educational resources available to astronomy educators globally.

The contest was first held last year, aiming to gather material of educational value on astronomical topics for which high-quality images and videos are not easily accessible to educators. Following on from last year’s success, the OAE held the contest again this year, with the OAE Center Italy as co-sponsor.

Susanne Hoffmann, member of the jury, says: “Constellations are historical patterns for making calendars in order to predict local weather and seasonal climate. That’s why every culture has or had its own constellations and the figures relate to the local flora, fauna and landscape of the human ethnical group.”

Livia Giacomini, also a member of the jury and AstroEDU editor in chief, says: “Photos of the sky are a very powerful tool to engage young generations in science. This Is the main reason why OAE Center Italy decided to cosponsor the contest and enlarge the collection of astronomical images that in the future can be freely published in school texts, posters and other materials. With astroEdu, the online educational platform by IAU, we are planning to use all these beautiful images of constellations and stars to bring astronomy in the classrooms of the all world.”

Giorgia Hofer, winner in the Still images of celestial patterns category, says: “Astronomy is my greatest passion and it has given me the opportunity to appreciate and love the world and the Dolomites. I am happy that my photos will be a tool for studying the sky.”

Entries were evaluated by an international panel of astrophotographers and astronomy educators, who considered not only the aesthetic and technical aspects, but also the educational value of each entry in the context of primary and secondary school teaching. The three winning entries in the category of time-lapse videos of celestial patterns received cash prizes of €750, €500 and €250 for first, second and third place respectively. In the category of Still images of celestial patterns, 21 winning entries received a prize of €250 each. Participants were encouraged to allow us to publish their images and videos even if they don’t receive a prize, as long as the images and videos are considered by the jury to be of high educational value, resulting in 14 honourable-mention images and three honourable-mention videos.

The winning photos and videos and the honourable mentions are now available under the Creative Commons Attribution (CC BY) 4.0 International License which implies that the authors retain the copyright to their images. This allows their free use as long as proper credits are given (see each image for the credit in the form author/IAU OAE). These images serve as an open educational resource to benefit teachers and learners worldwide, and can be accessed here.

The winning entries in each category are:

The IAU Office of Astronomy for Education is hosted at Haus der Astronomie (HdA), managed by the Max Planck Institute for Astronomy. The OAE’s mission is to support and coordinate astronomy education by astronomy researchers and educators, aimed at primary or secondary schools worldwide. HdA’s hosting the OAE was made possible through the support of the German foundations Klaus Tschira Stiftung and Carl-Zeiss-Stiftung. 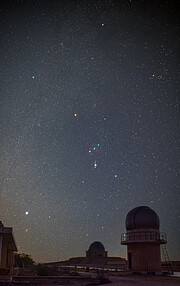 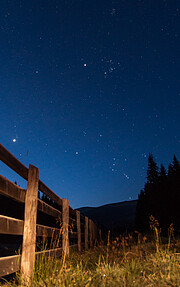 PR Image ann22042l
To Guard the Stars and the Sea Together 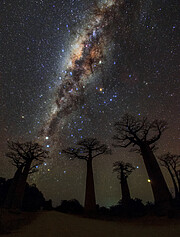 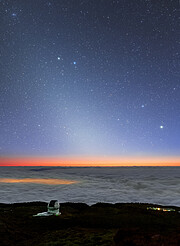 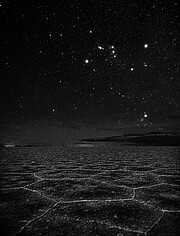 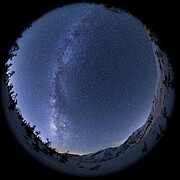 PR Image ann22042s
The Milky Way Across the Zenith 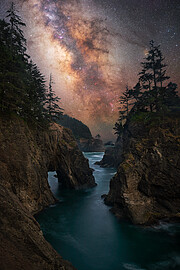 PR Image ann22042ac
Most Brightest Stars of the Sky

PR Image ann22042ad
Sky Over the Town of Nindirí, in Masaya, Nicaragua

PR Image ann22042ae
The Hunter in the Forest 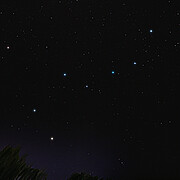