The 10th anniversary of the Gruber International Prize Program, which began with the Cosmology Prize in 2000, will be celebrated in July. This year the Cosmology Prize will be awarded to Freedman, Kennicutt and Mould for their outstanding work on resolving the value of the Hubble constant, the key determinant for how fast the Universe is expanding.

The recipients of the 2009 Cosmology Prize of the Peter and Patricia Gruber Foundation are Wendy Freedman, director of the Observatories of the Carnegie Institution of Washington in Pasadena, California, USA; Robert Kennicutt, director of the Institute of Astronomy at the University of Cambridge in England; and Jeremy Mould, professorial fellow at the University of Melbourne School of Physics, Australia. These three renowned astronomers are being honoured for their leadership in the definitive measurement of the value of the Hubble constant, one of the most important numbers in astronomy. The Hubble constant indicates the rate at which the Universe has been expanding since the "Big Bang", thus connecting the Universe's age with its size. The Cosmology Prize was the first to be awarded when the Gruber international Prize Program was inaugurated in 2000, and its tenth anniversary, which the Foundation will celebrate this summer, coincides with the International Year of Astronomy.

Freedman, Kennicutt and Mould will receive the Prize on 4 August 2009, at the opening ceremony of the International Astronomical Union's General Assembly in Rio de Janeiro, Brazil. The prize consists of a gold medal and $500,000. At the same time, Dr. M.B.N. Kouwenhoven, a young researcher at the University of Sheffield, UK, will be recognised as the 2009 recipient of a $50,000 grant through the PPGF Fellowship Programme, an annual fellowship sponsored by the IAU and the Gruber Foundation.

"The Hubble constant ties time and space together", says Professor Ron Ekers, past President of the IAU. "As soon as Hubble saw that the Universe was expanding, astronomers recognised that this number was the key to understanding the Universe's history. It is most appropriate that in the International Year of Astronomy the Gruber Foundation has awarded the Cosmology Prize to the team that has made the definitive measurement of the Hubble constant. Galileo's observations answered the question of where we are in the Universe - these Hubble Space Telescope observations answer mankind's quest to know how big and how old it is".

The precise value of the Hubble constant was hotly debated for decades-ever since 1929, when the American astronomer Edwin P. Hubble first realised that galaxies are moving away from each other at a speed proportional to their distance. The galaxies furthest away are receding the fastest, he determined. But how fast? Initially, Hubble calculated a speed of 500 kilometres per second per megaparsec (km/s/Mpc). (A megaparsec is 3.26 million light years, and a light year is about 10 trillion kilometres.) By the 1980s, scientists had narrowed the Hubble constant to within 50 and 100 km/s/Mpc, but they did not agree on whether the value was at the high or low end of this range. A low number would indicate a slow expansion - and, thus, a Universe about 20 billion years old. A high number would suggest a fast expansion - and a relatively young Universe of about 10 billion years.

Freedman, Kennicutt and Mould essentially resolved this long-standing dispute. They led the Hubble Space Telescope Key Project on the Extragalactic Distance Scale, one of the three major projects of the Hubble Space Telescope when it was launched in 1990. Working with a team of more than two dozen astronomers at 13 different institutions around the world, Freedman, Kennicutt, and Mould determined that the best value of the Hubble constant is 72 km/s/Mpc, with an uncertainty of only 10 percent. This finding, which was published in final form in 2001, means the Universe is 14 billion years old - which agrees with the age estimates for the oldest stars.

To reach its conclusion about the value of the Hubble constant, the Hubble Space Telescope Key Project team observed Cepheids, extremely bright, pulsating stars whose periodic brightening and dimming provide a reliable "standard candle" that astronomers can use to estimate extragalactic distances. During the ten-year life of the project, the team discovered almost 800 Cepheids in 18 galaxies, and used a wide variety of methods for meticulously measuring and analysing their distances.

The resolution of the decades-long debate about the value of the Hubble constant is enabling scientists to answer fundamental questions about the Universe. For example, in addition to reconciling the age of the Universe (the time since the Big Bang) with the ages of the oldest stars, astronomers are now able to estimate the density of the Universe more accurately - a parameter that will determine the fate of the Universe, whether it expands forever, as most cosmologists currently believe, or eventually collapses back on itself.

"Generations of astronomers have worked to frame the question - how fast is the Universe expanding? - and then to discover how to measure the answer", says Philip James E. Peebles, Albert Einstein Professor of Science and Professor Emeritus of physics at Princeton University. "Freedman, Kennicutt, Mould and their colleagues have at last completed this great task. The result is an essential part of the web of tests that show how our Universe has expanded from a hot dense state. "

The IAU is the international astronomical organisation that brings together almost 10,000 distinguished astronomers from all nations of the world. Its mission is to promote and safeguard the science of astronomy in all its aspects through international cooperation. The IAU also serves as the internationally recognised authority for assigning designations to celestial bodies and the surface features on them. Founded in 1919, the IAU is the world's largest professional body for astronomers.

In 2000, the Peter Gruber Foundation and the International Astronomical Union (IAU) announced an agreement by which the IAU provides its expertise and contacts with professional astronomers worldwide for the nomination and selection of Cosmology Prize winners. Under the agreement, the Peter Gruber Foundation also funds a fellowship programme for young astronomers, with the aim of promoting the continued recruitment of new talent into the field

The official citation reads: The Peter and Patricia Gruber Foundation proudly presents the 2009 Cosmology Prize to Wendy Freedman, Robert Kennicutt and Jeremy Mould for the definitive measurement of the rate of expansion of the Universe, Hubble's constant. This parameter effectively determines the age of the Universe at the current time and underpins every other basic cosmological measurement.

An accurate measurement of the expansion rate was one of three major goals of the Hubble Space Telescope when it was launched in 1990. From meticulous measurements of a particular kind of variable star, the Cepheids, Freedman, Kennicutt and Mould met this goal, resolving one of the longest-standing debates in the history of modern cosmology. 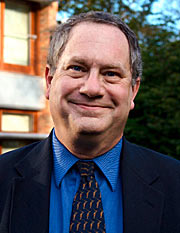 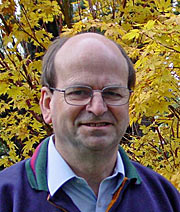