The Galileo Teacher Training Program has been launched, bringing training and resources to teachers around the globe. The project’s aim is to improve astronomy education for children of all nations, by better equipping their tutors through a comprehensive set of resources and practical guidance.

The Galileo Teacher Training Program (GTTP) is a Cornerstone project of the International Year of Astronomy 2009 (IYA2009). This celebration of astronomy and its contribution to science and society aims to boost the quality of education for children and young adults and GTTP is at the forefront of these efforts. The core concept is that by training teachers better, and equipping them with the right resources to tackle astronomy in the classroom, the effect will be significant and long-lasting, enduring far beyond 2009. The GTTP programme of activities was announced today during the 214th American Astronomical Society Meeting in Pasadena, USA.

Astronomy education specialists have identified a critical education challenge: many teachers lack the training to understand these resources or use them effectively in their curricula. To counter this, educators are offered GTTP workshops. These workshops are taking place around the world, namely in Europe (the Netherlands, France, UK, Poland and Portugal), South America (Brazil and Colombia), Africa (Kenya) and South East Asia and Pacific (China, Indonesia and Japan). The teachers attending these workshops are the first Galileo Teachers and the seeds for the wider global network of future Galileo Teachers. The GTTP goal is to create a worldwide network of 3000 to 6000 certified Galileo Teachers by 2012, who will be equipped to train other teachers in these methodologies, leveraging the work begun during IYA2009 in classrooms everywhere.

GTTP Chair Rosa Doran is very enthusiastic with the programme's reception and she adds, "It's very exciting to be releasing the Galileo Teacher Training Program. We've put a lot of effort into the workshops, resources and website, which we see as the vehicles for improving the teaching of science in classrooms around the world. The resources available on the GTTP website are world-class, and their number will only grow as the project matures. Our system of training and certification will also equip educators to use astronomy effectively to enhance the education of their pupils." Beyond this, the existence of such a network will guarantee continuous support for Galileo Teachers from their peers as they put their newly acquired knowledge into practice in the classroom.

The project website, http://www.galileoteachers.org is the initiative's central hub. This newly released site contains a wealth of resources, from training and educational materials to news and useful contacts within the astronomy communication community. Content will be added throughout the year, resulting in an impressive depository of information and activities which can be called upon as and when needed.

The vision of the IYA2009 is to help the citizens of the world rediscover their place in the Universe through the day and night-time skies the impact of astronomy and basic sciences on our daily lives, and understand better how scientific knowledge can contribute to a more equitable and peaceful society.

The aim of the IYA2009 is to stimulate worldwide interest, especially among young people, in astronomy and science under the central theme‚"The Universe, Yours to Discover". IYA2009 events and activities will promote a greater appreciation of the inspirational aspects of astronomy that embody an invaluable shared resource for all countries.

The IYA2009 activities are taking place at the global and regional levels, and especially at the national and local levels. National Nodes in each state have been formed to prepare activities for 2009. These Nodes establish collaborations between professional and amateur astronomers, science centres, educators and science communicators in preparing activities for 2009. The International Year of Astronomy was proclaimed by the United Nations on 20 December 2007.

The GTTP has been produced by the International Astronomical Union in collaboration with IYA2009 National Nodes and leading organisations in the field of astronomy education. 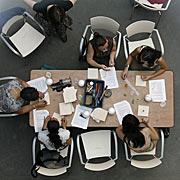 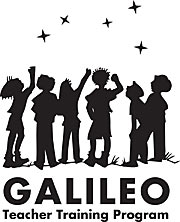