The European Union (EU) has granted 1.9 million euros to support the 6-country educational programme EUNAWE, based on Universe Awareness (UNAWE). UNAWE is, an IAU-endorsed programme that uses the beauty and grandeur of the Universe to encourage young children, particularly those from an underprivileged background, to have an interest in science and technology and foster their sense of global citizenship from the earliest age. Although UNAWE was only founded five years ago, it is already active in 40 countries and comprises a global network of almost 500 astronomers, teachers and other educators.

The grant has been allocated to European Universe Awareness (EUNAWE), a European branch of the global Universe Awareness (UNAWE) programme, and is aimed at the implementation of Universe Awareness programmes in six countries over three years: Germany, Italy, the Netherlands, the United Kingdom, South Africa and Spain. The project will include organising teacher-training courses and developing hands-on material for children. In the long term, EUNAWE aims to help produce the next generation of European engineers and scientists and to make children from underprivileged areas realise that they are part of a much larger European community.

Leiden University Professor George Miley, Vice President of the IAU and founder and Chairman of UNAWE, is delighted by the news: “With its combination of social, educational and scientific goals, UNAWE can play a unique role in furthering education and development. The allocation of this grant is a recognition by the EU of the importance of UNAWE and is an important step towards realising our ambition to have an active UNAWE programme in every country in the world by 2020.”

UNAWE was founded in 2006 at Leiden University in the Netherlands with support from the Royal Netherlands Academy and the Netherlands Ministry of Education, Culture and Science. It became a Cornerstone project of the successful UN-ratified IAU/UNESCO International Year of Astronomy in 2009 (IYA2009). During IYA2009, thousands of UNAWE activities were organised in more than 45 countries. For example, in Venezuela, 43 teacher training sessions reached more than 1500 teachers and well over 60 000 children. The grant will empower UNAWE to continue to inspire a passion for astronomy as part of the legacy of IYA2009.

UNAWE is also an integral part of the IAU Strategic Plan 2010–2020, which is called Astronomy for the Developing World. This is an ambitious blueprint that aims to use astronomy to foster education and provide skills and competences in science and technology throughout the world, particularly in developing countries. The Plan is being implemented by the IAU Office of Astronomy for Development (OAD) at the South African Astronomical Observatory in Cape Town. UNAWE is the first activity of the IAU Strategic Plan to receive external funding and it is a good indicator that additional funding for other activities may be available.

Kevin Govender, who was recently appointed Director of the OAD, adds: “Introducing very young children to the beauty and scale of the Universe stimulates a sense of awe and wonder which plays a significant role in their development. We are delighted that the EU has decided to support the implementation of this unique programme.”

EUNAWE will be officially presented during a public event held at the European Parliament in Brussels, Belgium, on the 24 of May 2011.

EUNAWE invites journalists, bloggers, educators, astronomers, amateur astronomer and astronomy enthusiasts to attend the event on 24 May 2011, at the European Parliament in Brussels, Belgium.  If you plan to attend please send an email with your name, institution and email address to: russo@strw.leidenuniv.nl.

The IAU is an international astronomical organisation of about 10 000 professional astronomers from 90 countries. Its mission is to promote and safeguard the science of astronomy in all its aspects through international cooperation. The IAU also serves as the internationally recognised authority for assigning designations to celestial bodies and surface features on them. In 2009, the IAU coordinated the International Year of Astronomy 2009, the largest science education and public outreach event in history, reaching hundreds of millions of people in 148 countries. 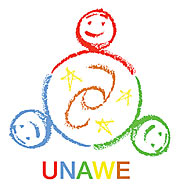