Charles L. Bennett and the Wilkinson Microwave Anisotropy Probe (WMAP) team are the recipients of the 2012 Cosmology Prize from the Gruber Foundation. They used observations of the Cosmic Microwave Background radiation to determine the Universe’s age, content, geometry, and origin. This achievement has helped to transform cosmology into a precision science.

The 2012 Gruber Cosmology Prize recognises the astronomers for their vital contribution to the study of the properties of the Universe as a whole. The prize citation further recognises that the measurements of the Cosmic Microwave Background (CMB) by Bennett and the WMAP team have helped to transform the current paradigm of the structure formation of the Universe from “appealing scenario into precise science”.

Bennett and the WMAP team will receive the US$ 500 000 award. In addition, Bennett will receive a gold medal at the International Astronomical Union meeting in Beijing, which will take place on 21 August 2012.

The Big Bang theory is the prevailing cosmological model that explains the early development and overall properties of the Universe. According to the Big Bang theory, the Universe rapidly expanded from an early, extremely hot and dense plasma of photons, electrons, and protons. This primordial plasma was an opaque fog. As the Universe expanded, it also cooled. Only 378 000 years after the initial expansion, the Universe cooled sufficiently to permit the combination of protons and electrons to form neutral hydrogen atoms. This led to the decoupling of photons, which then could travel freely through the Universe without interacting with matter. The Universe was finally transparent to radiation.

In 1948, Ralph Alpher, Robert Herman, and George Gamow — among other important results — predicted that the Universe should be filled with this relic radiation from the Big Bang – the CMB radiation. In 1964, two American radio astronomers — Penzias and Wilson — observed the CMB, receiving the 1978 Nobel Prize in Physics for their discovery.

Precise measurements of CMB radiation are critical to cosmology, since any proposed model of the Universe must explain the detailed properties of this radiation. Because everything that is in the Universe now would have to have been there when the Universe was 378 000 years old, some extraordinarily subtle fluctuations in the microwave background would have to have been present — variations that would represent the seeds that would evolve into the galaxies, clusters of galaxies, and superclusters of galaxies that populate the Universe as we know it.

Seminal work on this topic was performed by the earlier Cosmic Background Explorer (COBE), a satellite telescope. In 1992, the COBE team announced the discovery of those relic wrinkles in space, achieving a major milestone in modern cosmology. However, only follow-up observations at greater sensitivity and resolution, would allow scientists to pin down the fundamental cosmology of the Universe.

Bennett — the deputy principal investigator of the COBE experiment — soon became the principal investigator of the Wilkinson Microwave Anisotropy Probe (WMAP). WMAP is a spacecraft launched in 2001 aimed to measure differences in the temperature of the CMB radiation across the full sky. The WMAP’s findings have been so precise that they are now commonly known as the Standard Cosmological Model.

“Dr. Bennett’s discoveries have literally changed the scientific universe”, says John Mather, one of the principal investigators on COBE, who received the 2006 Nobel Prize in Physics as well as the Gruber Cosmology Prize.

Having far exceeded expectations for the quality and quantity of science it produced, the WMAP science team chose to stop taking data in August 2010. Although nobody expects that the release of the final data analysis in late 2012 will contain surprises, it will nonetheless mark the end of an era — an era that itself marked the dawn of the age of precision cosmology.

Bennett stresses the team nature of the WMAP collaboration. “There are so many heroes who stand up at just the right time and make something happen,” Bennett says, “and they all deserve credit for that.”

The Gruber International Prize Program honours contemporary individuals in the fields of Cosmology, Genetics, Neuroscience, Justice and Women’s Rights, whose groundbreaking work provides new models that inspire and enable fundamental shifts in knowledge and culture. The Selection Advisory Boards choose individuals whose contributions in their respective fields advance our knowledge, potentially have a profound impact on our lives, and, in the case of the Justice and Women’s Rights Prizes, demonstrate courage and commitment in the face of significant obstacles.

In 2000, the Gruber Foundation and the International Astronomical Union (IAU) announced an agreement by which the IAU provides its expertise and contacts with professional astronomers worldwide for the nomination and selection of Cosmology Prize winners. Under the agreement, The Gruber Foundation also funds a fellowship programme for young astronomers, with the aim of promoting the continued recruitment of new talent into the field.

The official citation reads: The Gruber Foundation proudly presents the 2012 Cosmology Prize to Charles Bennett and the Wilkinson Microwave Anisotropy Probe team for their exquisite measurements of anisotropies in the relic radiation from the Big Bang — the Cosmic Microwave Background. These measurements have helped to secure rigorous constraints on the origin, content, age, and geometry of the Universe, transforming our current paradigm of structure formation from appealing scenario into precise science. 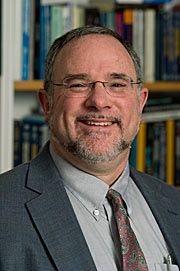