The IAU invites all public organisations with an interest in astronomy to register on the IAU Directory for World Astronomy website for the NameExoWorlds contest, where they will in early 2015 be able to suggest names for exoplanets and their host stars. For the first time in history the public will then be able to vote for the official name of stars and planets. The IAU Directory for World Astronomy will function as a permanent platform for the global astronomical community.

The deadline for registration for the contest is 31 December 2014. Details of the registration procedure can be found on the website. Eligible organisations include: planetariums, science centres, amateur astronomy clubs, online astronomy platforms, but also non-profit organisations such as high schools or cultural clubs interested in astronomy.

The updated schedule for the IAU NameExoWorlds contest is as follows:

In order to adapt to local requirements, the IAU is calling for volunteers worldwide to help with translation — interested volunteers please contact us at outreach@iau.org.

Registration for the NameExoWorlds contest is just one of the planned functions of the IAU Directory for World Astronomy website. The site’s scope is much wider as it will function as a platform for the global astronomical community to meet, and it will act also as an information portal for the public to learn about astronomy activities internationally and locally.

The second phase of the IAU Directory for World Astronomy will be launched later this year, and will include an event calendar, which astronomical organisations can use to publish and promote their events easily through this one-stop service for the general public. 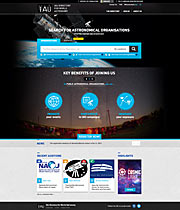