The Gruber Foundation Cosmology Prize, which is co-sponsored by the IAU, recognises scientists whose discoveries have driven fundamental advances in our understanding of the Universe. The 2019 prize has been awarded to Nicholas Kaiser and Joseph Ivor Silk, for their transformational work on cosmological structure formation and dark matter.

The recipients of this year’s Gruber Foundation Cosmology Prize were announced today. The prize is awarded annually to leading scientists and cosmologists who have made groundbreaking discoveries that change or challenge our understanding of the Universe.

The recipients of the 2019 prize are Nicholas Kaiser and Joseph Silk, both of whom have made seminal contributions to the theory of cosmological structure formation and to the creation of new probes of dark matter. Though they have worked mostly independently of each other, the two theorists’ results are complementary in these major areas, and have transformed modern cosmology — not once but twice.

The two recipients will share the $500 000 award, and each will be presented with a gold medal at a ceremony that will take place during 28 June at the CosmoGold conference at the Institut d’Astrophysique de Paris in France.

The physicists’ independent contributions to the theory of cosmological structure formation have been instrumental in building a more complete picture of how the early Universe that evolved into the Universe that astronomers observe today. In 1967 and 1968, Silk predicted that density fluctuations below a critical size in the Cosmic Microwave Background (CMB), the remnant radiation “echoing” of the Big Bang, would have dissipated. This phenomenon, later verified by increasingly high precision measurements of the CMB, is now called “Silk Damping”.

Subsequently, observations of the large-scale structure of the Universe, which evolved from the larger CMB fluctuations, were subject to conflicting interpretations. In a series of papers beginning in 1984, Kaiser helped to resolve these debates by providing statistical tools that would allow astronomers to separate “noise” from data, reducing ambiguity in the observations.

Kaiser’s statistical methodology was also influential in dark matter research; the DEFW collaboration (Marc Davis, George Efstathiou, Carlos Frenk, and Simon D. M. White) utilised it to determine the distribution and velocity of dark matter in the Universe, and discovered its non-relativistic nature (moving at a velocity not approaching the speed of light). Furthermore, Kaiser devised an additional statistical methodology to detect dark matter distribution through weak lensing — an effect by which foreground matter distorts the light of background galaxies, providing a measure of the mass of both. Today weak lensing is among cosmology’s most prevalent tools.

Silk has also been impactful in dark matter research, having proposed in 1984 proposed a method of investigating dark matter particles by exploring the possibility of their self-annihilating to produce particles that we can identify (photons, positrons and antiprotons). This strategy continues to drive research worldwide.

Both Kaiser and Silk are currently affiliated with institutions in Paris, Kaiser as a professor at the École Normale Supérieure, and Silk as an emeritus professor and a research scientist at the Institut d’Astrophysique de Paris (in addition to a one-quarter appointment at The John Hopkins University). Among their numerous significant contributions to their field, their work on the CMB and dark matter has truly revolutionised our understanding of the Universe.

In addition to the cash award, each recipient will receive a gold laureate pin and a citation that reads:

The Gruber Foundation is pleased to present the 2019 Cosmology Prize to Nicholas Kaiser and Joseph Ivor Silk, for their seminal contributions to the theory of cosmological structure formation and probes of dark matter.

Kaiser provided the mathematical description of primordial density fluctuations that have evolved into large-scale structure, while Silk predicted the eponymous damping scale imprinted on the cosmic microwave background anisotropies. Kaiser pioneered the analysis of weak gravitational lensing of light from distant galaxies by dark matter, while Silk recognized dark matter’s indirect signatures such as antiprotons in cosmic rays and high energy neutrinos from the Sun. Their work has transformed modern cosmology. 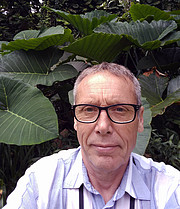 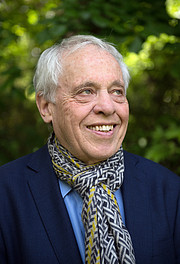