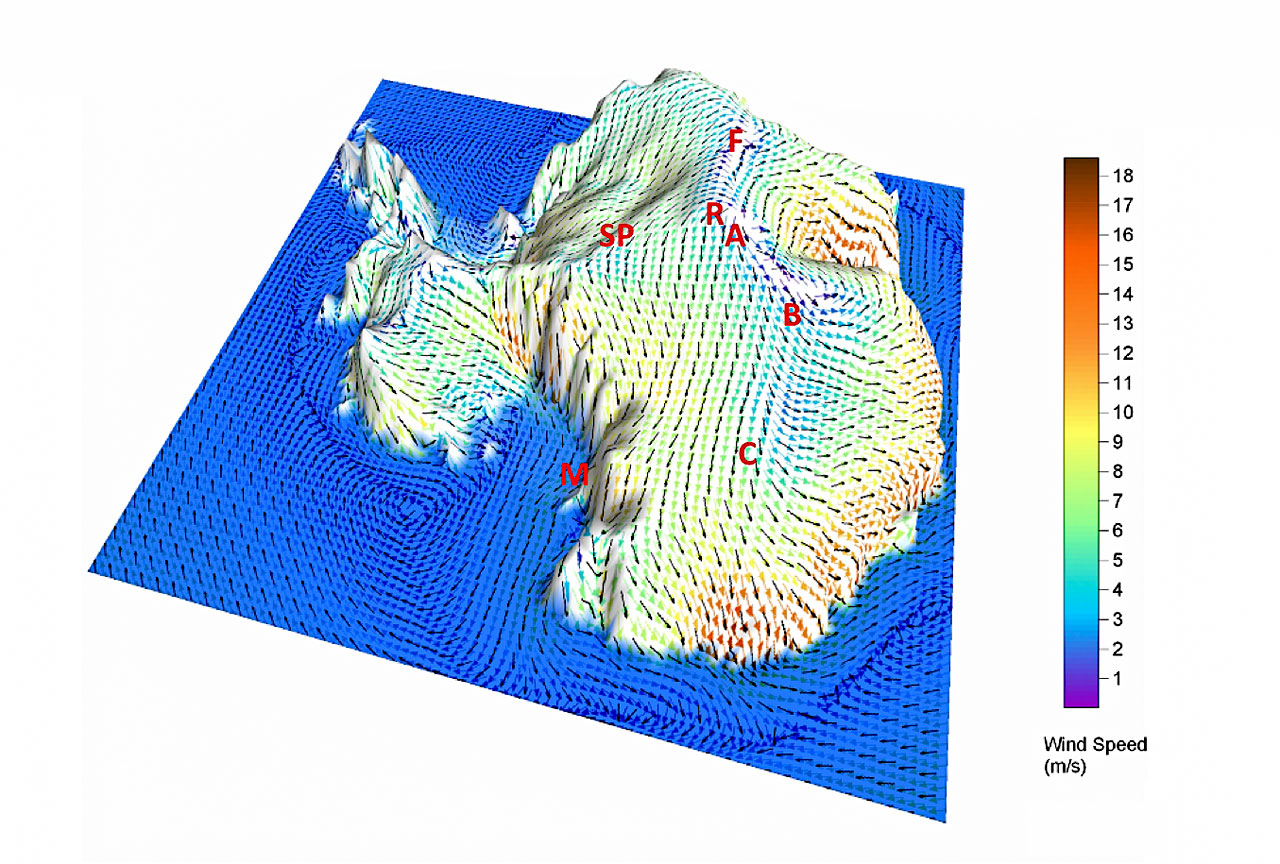 A 3D view of Antarctica, highlighting its high plateau ridge where the best astronomical sites lie. The ridge runs across the continent, reaching a height of over 4000 metres at Dome A. Arrows within the image denote average surface winds, which are drop to almost nothing along the ridge. Letters refer to locations of scientific stations, traversing from Dome F (Japan), through Dome A (China) and nearby Ridge A (SCAR), to Dome C (France/Italy). The South Pole (SP; site of IceCube and several cosmic microwave background experiments, USA) lies on one flank of the plateau. The coastal station of McMurdo (USA), where long duration (circumpolar) balloons are launched, is also indicated (Position M). Astronomical experiments are underway at all these sites, aside from the unoccupied Dome B. The grid is approximately 4000 kilometres along on one side.