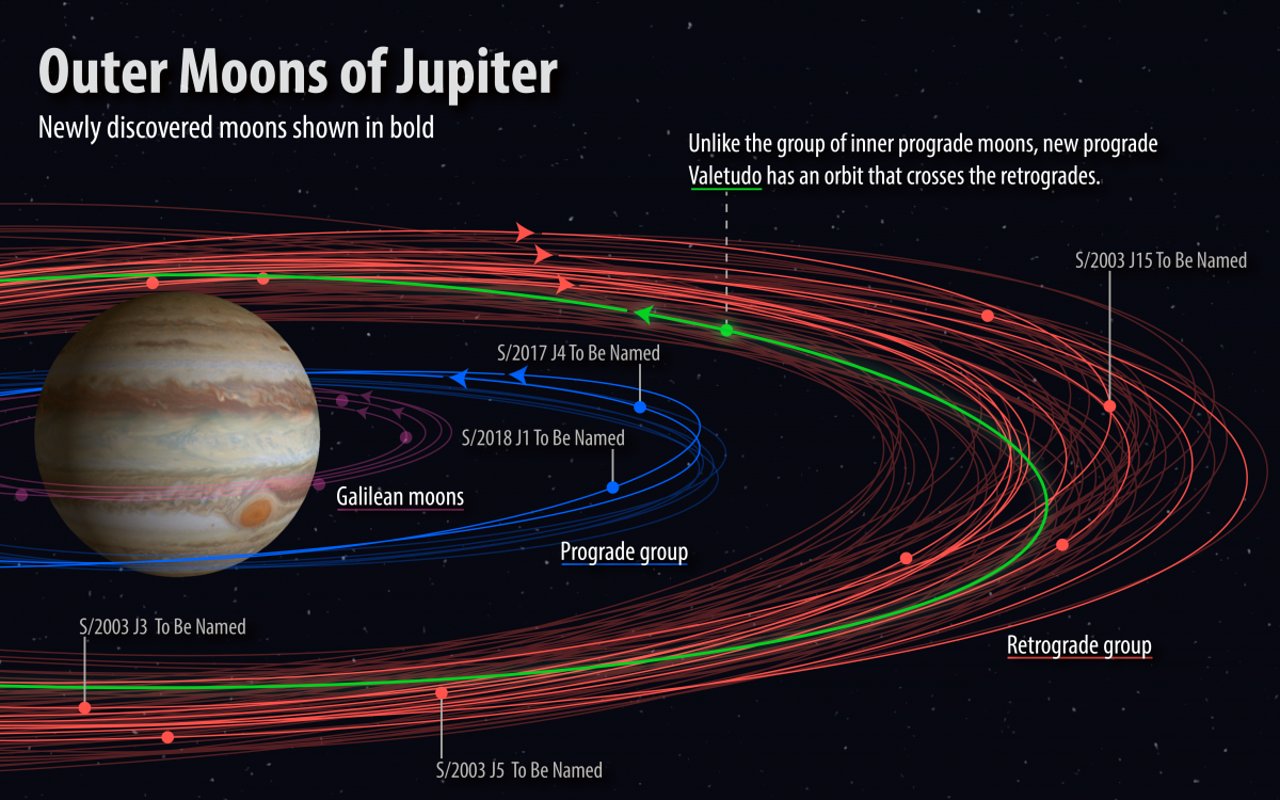 In spring 2017, a team of astronomers saw the first signs of another twelve yet unknown moons orbiting Jupiter. After confirming these sightings with further observations, the discovery was announced in July 2018, bringing the total number of Jupiter’s known moons to 79, more than any other planet in our Solar System. The names of five of these new moons are open to suggestions from the public in a naming contest held by the Carnegie Institute. More information and deadlines on: https://www.iau.org/news/announcements/detail/ann19010/