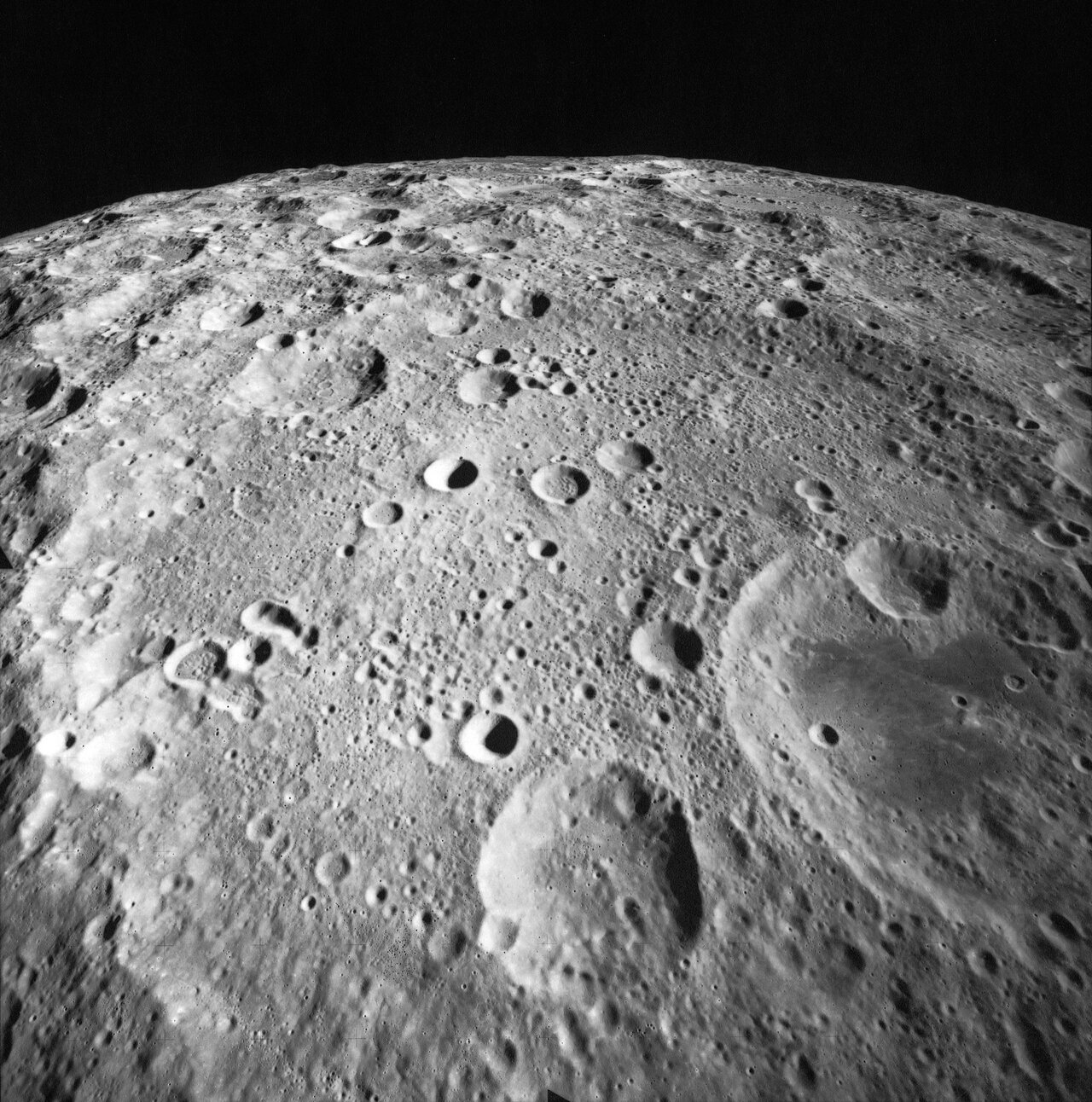 The Gagarin crater is 265 km in diameter and is found on the far side of the Moon, south of the equator, with its characteristic nested smaller craters. This wide-angle picture faces south and was taken by the Apollo 17 crew, orbiting the Moon before their landing (the last of Apollo missions, on 11 December 1972) at an altitude of about 100 km. The crater was named after the first man in space, orbiting the Earth on 12 April 1961. The IAU played a key role in sometimes difficult negotiations with the USA and the USSR about characterising and naming topological features on the far side of the Moon, a highly sensitive issue in the political context of the late ‘60s and early ‘70s.