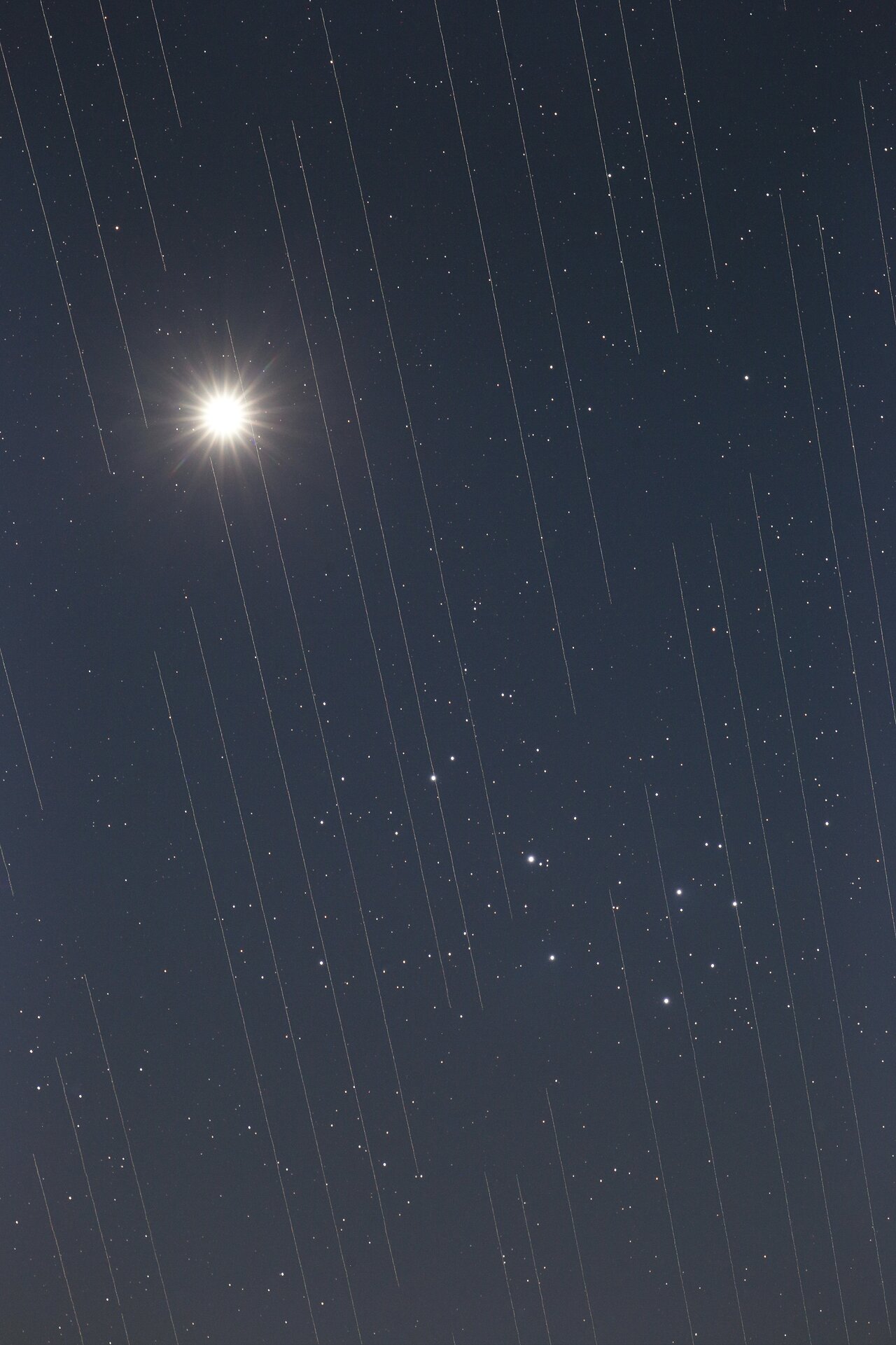 This image of Venus and the Pleiades also shows the tracks of the Starlink satellites. These satellites which are located at an altitude of approximately 550 kilometres, are part of an ever-growing constellation of satellites aimed to provide worldwide internet access. The reflective surfaces of the satellites, coupled with the fact that they are orbiting around the Earth, means that astronomical observations which require very long exposures capture “tracks” of the satellites in their images. Astronomical images used for scientific research are not usable because the measurements and data will contain these “tracks”. Because the number of satellites is expected to grow, it is likely that in the near future there will be no place on Earth where these satellites will not be visible crossing the sky. This is a new type of light pollution that seems to be an upcoming problem we will have to deal with, as these satellites might prevent optimal observation of the sky.