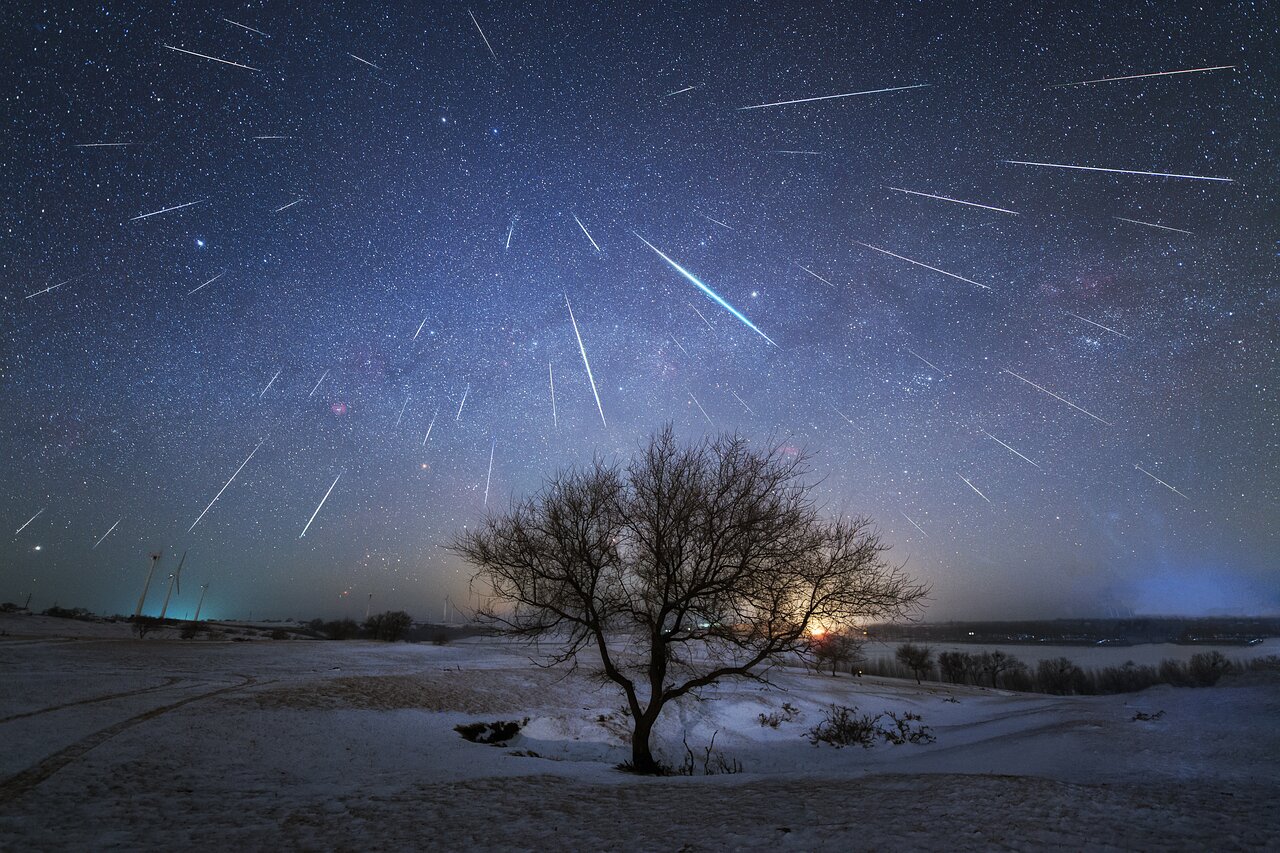 A meteor shower occurs when the Earth in its orbit around the Sun, passes through a debris trail left previously by a comet on its approach around the Sun. As the Earth enters this debris (small sand grain sized), they enter the atmosphere at high speeds and on parallel trajectories, burning completely leaving beautiful tracks (streaks) in the sky. These streaks can appear and disappear in the blink of an eye, or last much longer. On rare occasions the debris originates from asteroids, as in the case of the Geminid meteor shower, shown in this image, picturing many streaks of debris captured in the sky of China in 2017. Due to relative motions and perspective, the shower appears to come from one single point, known as the radiant point, beautifully pictured in this image. This is similar to driving in a car on a rainy day without any wind, looking out the front window it seems that the rain is coming directly towards the window, when in fact the rain is falling vertically downwards.