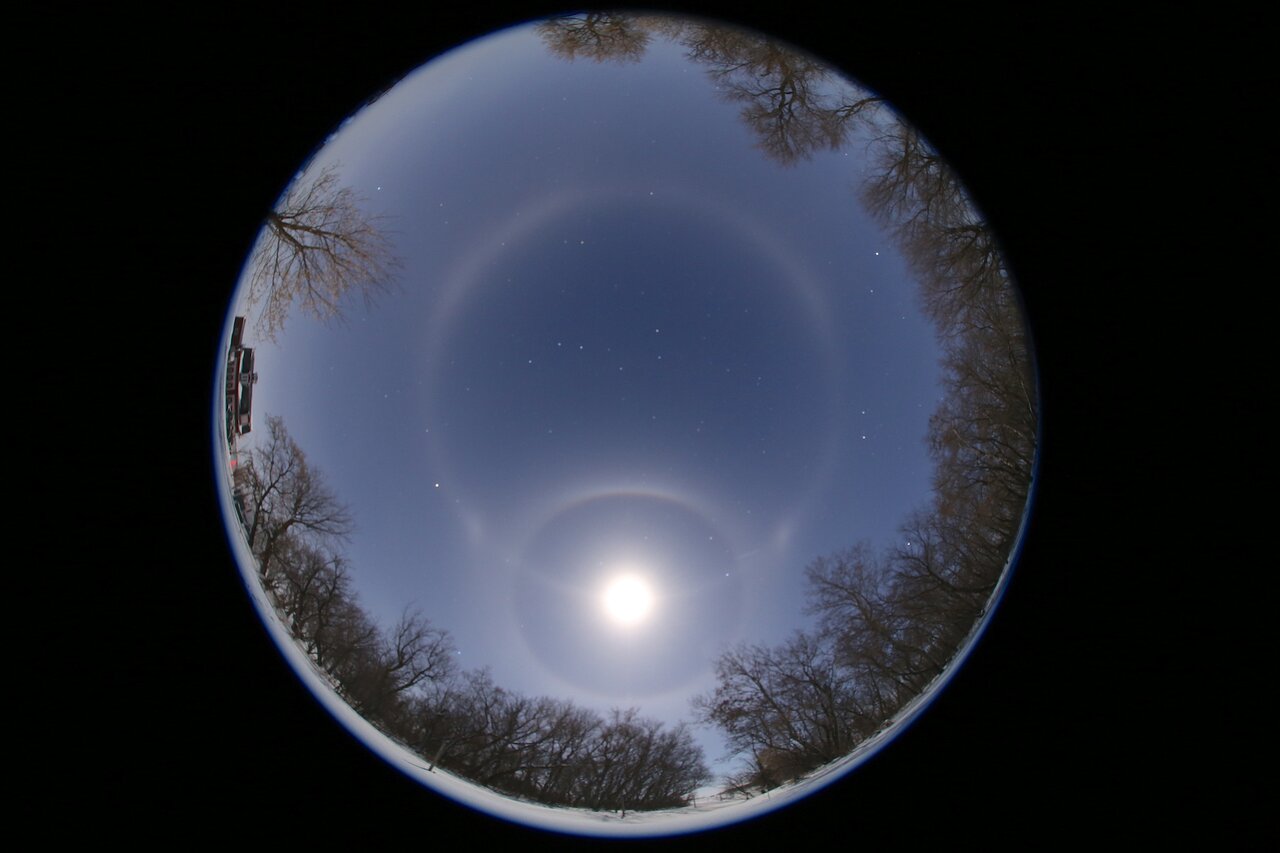 Photographed at Kaleida, Manitoba in Canada, this fisheye image beautifully captures the rare optical phenomena encircling the moon known as the “22° halo” and the horizontal white circle passing through the moon called the “paraselenic circle”. The white band circling the whole sky at the same altitude as the moon is named after Selene, the ancient Greek Titan, famously called the goddess of the moon. The more commonly observed counterpart produced by the sun is known as the parhelic circle, named after the Greek god of the sun, Helios. Both the 22° halo and the paraselenic circle are produced due to reflection of the moonlight from near vertical surfaces of ice crystals. Parts closer to the moon are caused due to external reflections, whereas those further away are created due to internal reflections. The constellation of the big dipper at the center makes this image even more spectacular. Can you spot it?