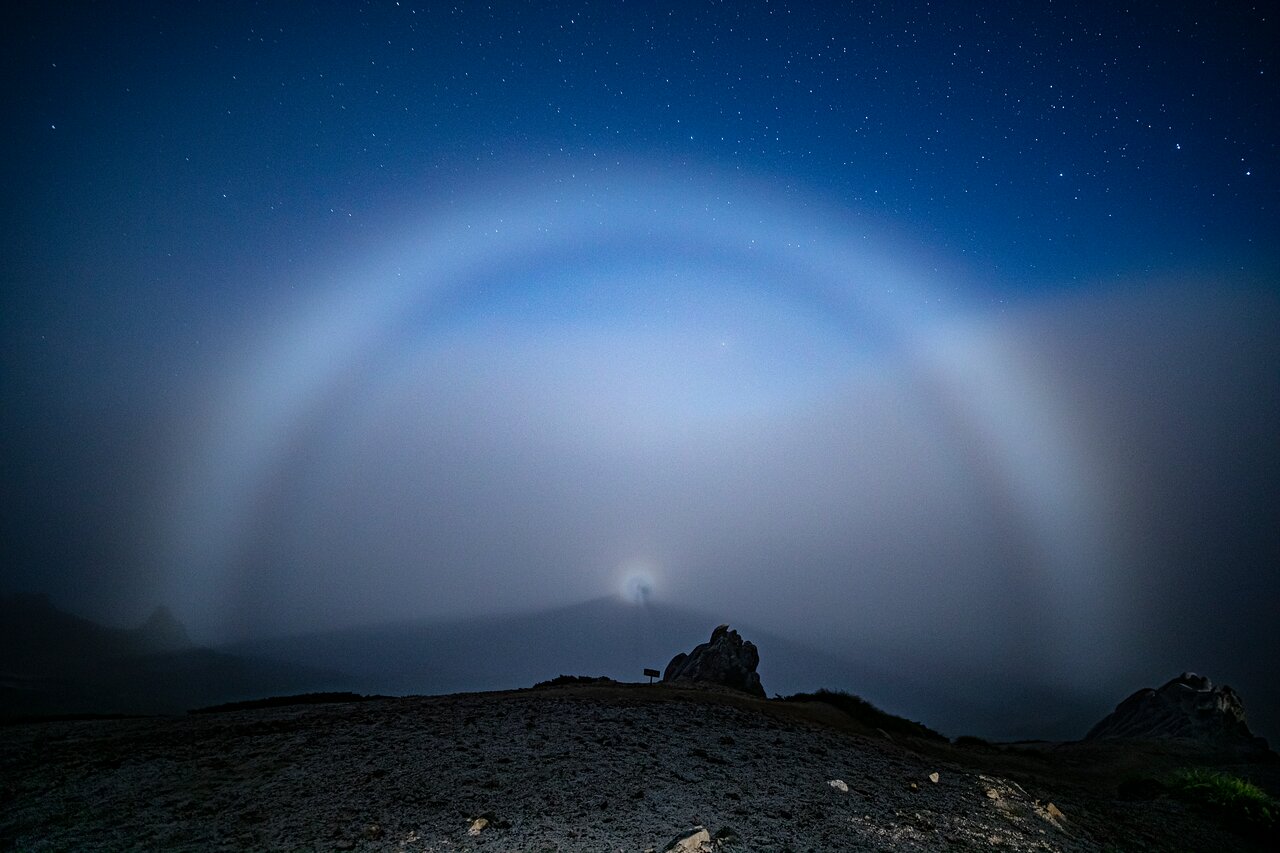 This stunning photograph of the lunar rainbow and the lunar Brocken Spectre amidst the night sky was captured from Mount Tsubakuro located in Japan’s Hida Mountains in Nagano. Both these atmospheric occurrences are due to the moon’s light being reflected and refracted from water droplets. A lunar rainbow or a moonbow is a rare phenomenon that occurs with the right settings of a bright full moon which is less than 42° high, rain on the opposite side of the moon and a dark night sky. The Brocken Spectre is named after the highest peak of the Harz mountain range in Germany, where it was first recorded. Here it is seen from the summit as a magnified shadow of the observer cast onto the cloud surrounded by a glory consisting of concentric circles centered at the point directly opposite the bright moon in the background.