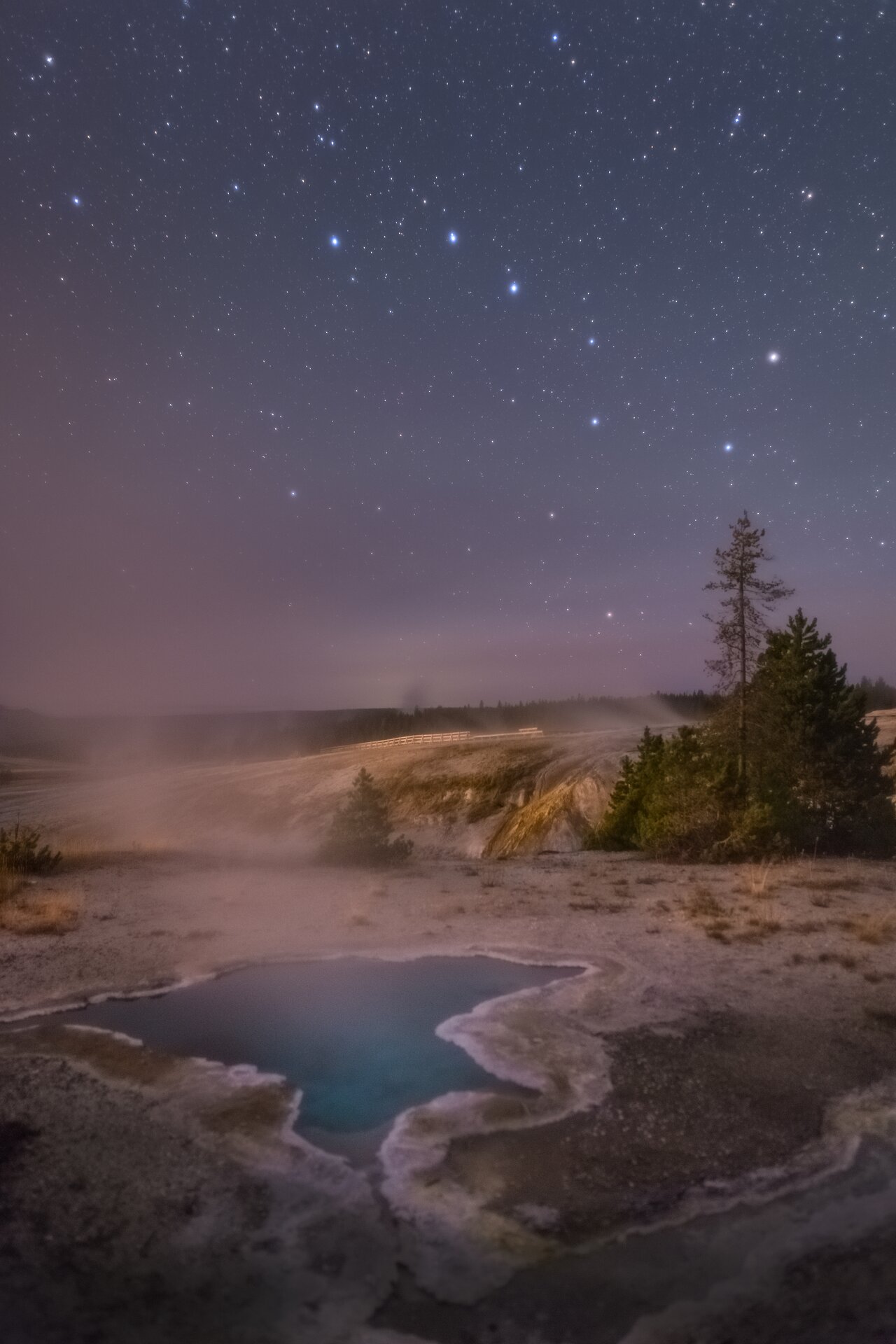 This image shows one of the most prominent and well-known asterisms of the Northern Hemisphere – the Big Dipper or the Plough. This asterism is part of the constellation from Greek mythology – Ursa Major (the Great Bear).

The Big Dipper comprises seven (eight) stars extending from the center to the right of the image. The four stars that form the “cup” of the dipper are in the shape of a trapezium just above the tallest tree towards the right of the image. These stars are Dubhe (top right), Merak (bottom right), Megrez (top left) and Phecda (bottom right). The three (four) stars that form the handle are to the left to trapezium (from right to left: Alioth, Mizar and Alkaid). Looking closely at Mizar, it is possible to see a smaller star to the top left and “touching” Mizar. This is Alcor, and with Mizar they make up the unaided-eye double-star system. However, very careful measurements have provided evidence that Mizar is in fact a quadruple system, and Alcor is a binary system. Although the names of the stars are derived from the Arabic names for the stars, different cultures have their own names for the stars.

In various cultures around the world, this asterism is associated with different objects, and furthermore, some indigenous cultures associate stories with individual stars. Constellations in addition to encompassing stories and myths of various cultures, are important navigation “tools”. The stars Dubhe and Merak, can be used to find the Pole (North) Star – Polaris (not seen in this image). Given its relationship to the Northern Hemisphere and being a circumpolar constellation (never setting below the horizon), the Big Dipper and Polaris are used on the flag of Alaska.

It is important to note that although the stars (except for the multiple star systems of Mizar and Alcor) in constellations appear to be “next” to each other, in reality the stars are at various distances from Earth and from each other.