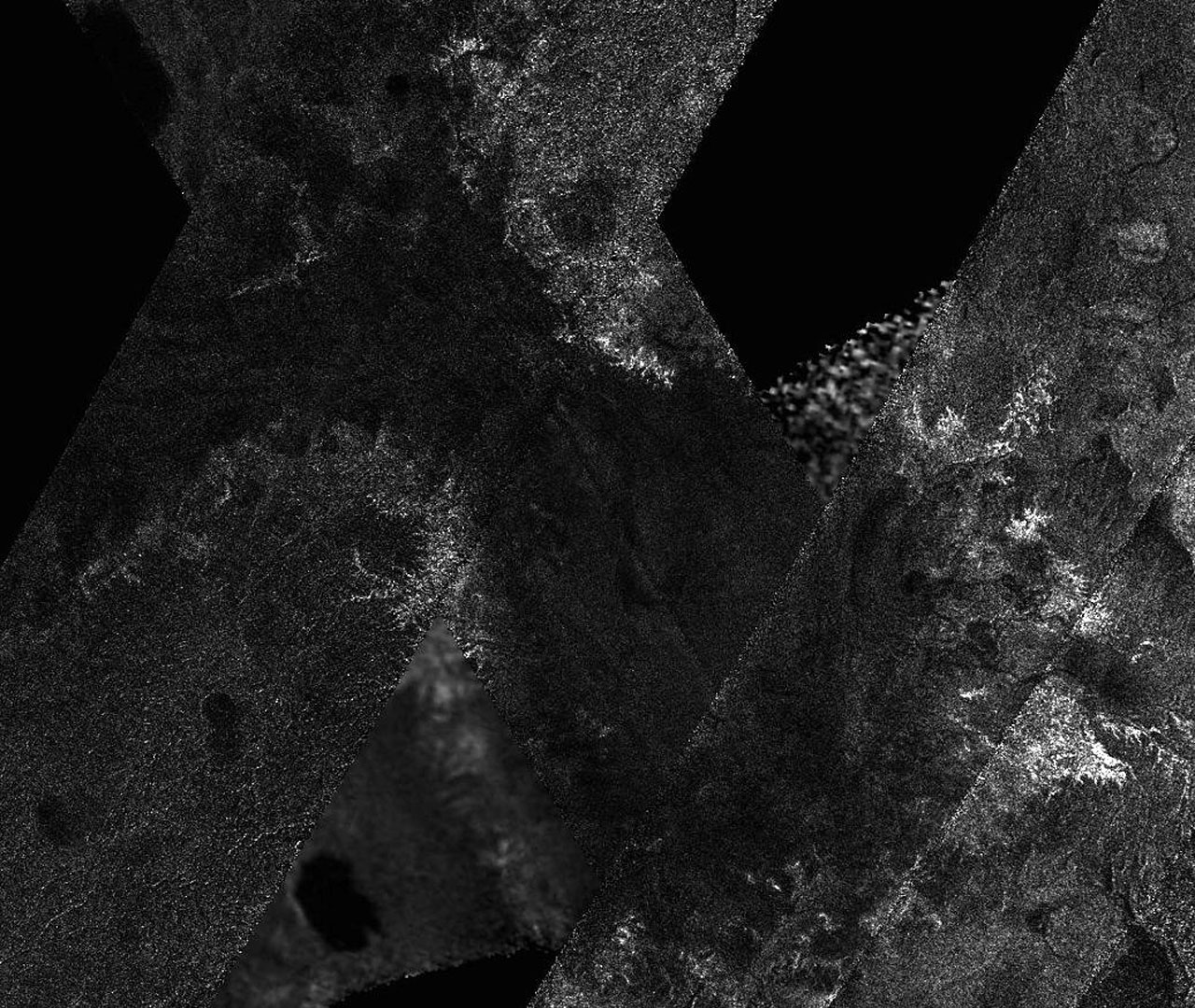 This mosaic of image swaths from Cassini's Titan Radar Mapper, taken with the synthetic-aperture radar (SAR), features a large dark region several hundred kilometres across that differs in several significant ways from other potential lakes observed on Titan. It is not as dark to the radar as many lakes (including the lakes seen here), and the nature of the margin is unusual.  It has many characteristics in common with lakes, including its channels and interior, yet its differences distinguish it from other similar features.

At the top (north), the feature has characteristics of a shoreline, with round bay-like margins and channels that drain into it; at left (west) and right (east) it is rimmed by bright, feathery, branching channel-like structures, some of which extend for tens of kilometres. Within the dark feature some details can be seen, some of which seem to be extensions of the channels draining into the dark feature.

The mosaic is near the south pole, centred near 82 degrees south, 205 degrees west.  It includes data from Titan passes T39, T55, T57, T58, and T59, collected between December 2007 and July 2009.  The individual swaths vary in resolution and illumination angle, so the edges are visible and surface features look somewhat different across swath boundaries, but the regional view can still be understood. As more SAR image swaths of Titan are collected by Cassini, mosaics of those images reveal features that cannot be appreciated within the individual observations.

The Cassini-Huygens mission is a cooperative project of NASA, the European Space Agency and the Italian Space Agency. NASA's Jet Propulsion Laboratory, a division of the California Institute of Technology in Pasadena, manages the mission for NASA's Science Mission Directorate, Washington, D.C. The Cassini orbiter was designed, developed and assembled at JPL. The radar instrument was built by JPL and the Italian Space Agency, working with team members from the United States and several European countries.

For more information about the Cassini-Huygens mission, visit http://saturn.jpl.nasa.gov/