New Memorandum of Understanding signed by IAU and UNESCO 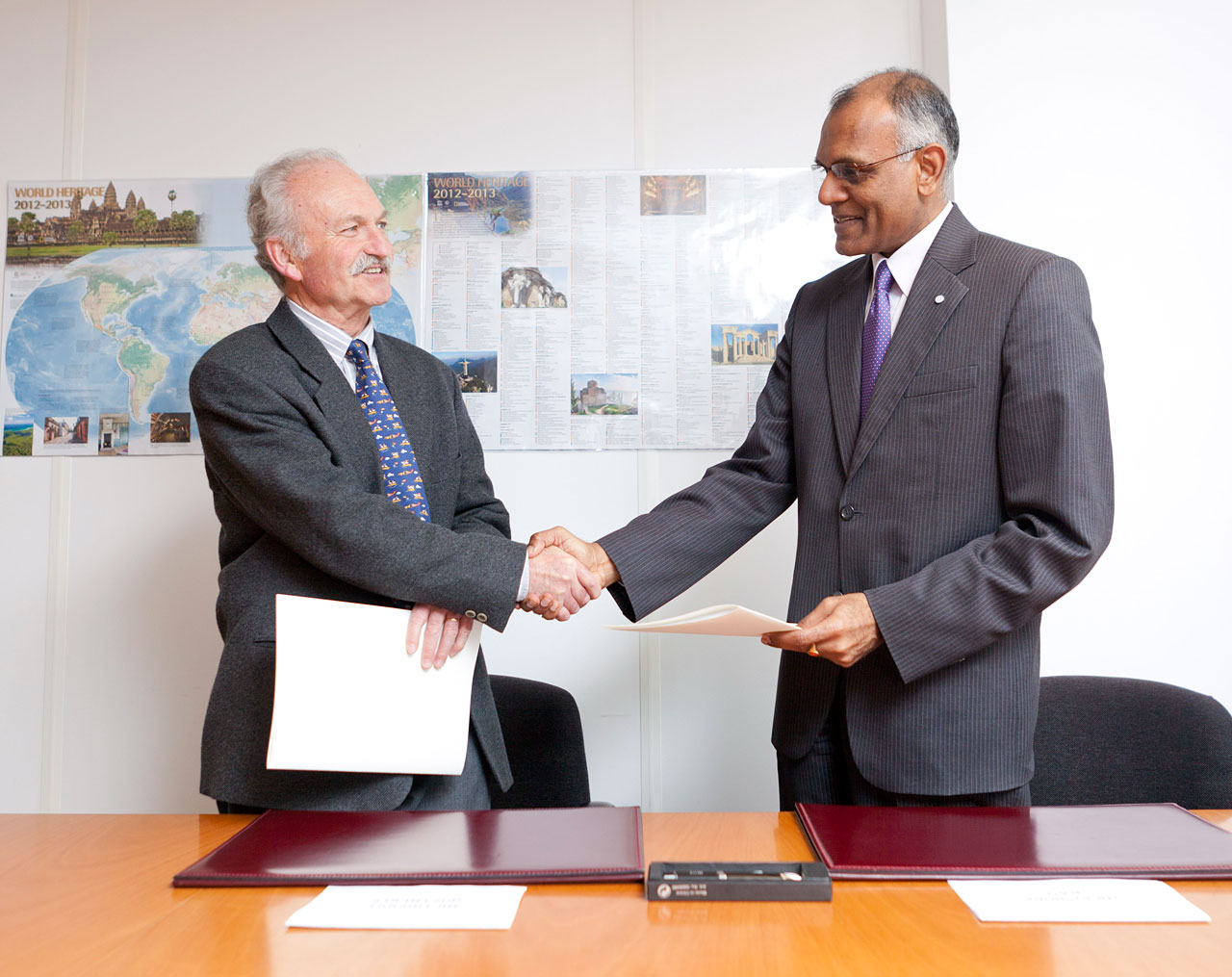 The International Astronomical Union (IAU) and UNESCO have have renewed their Memorandum of Understanding at UNESCO’s headquarters. The agreement has been concluded in the framework of the thematic initiative Astronomy and World Heritage, which is celebrating its tenth anniversary. The purpose of the initiative is to reinforce the links between science and culture by highlighting the importance of heritage linked to astronomy.