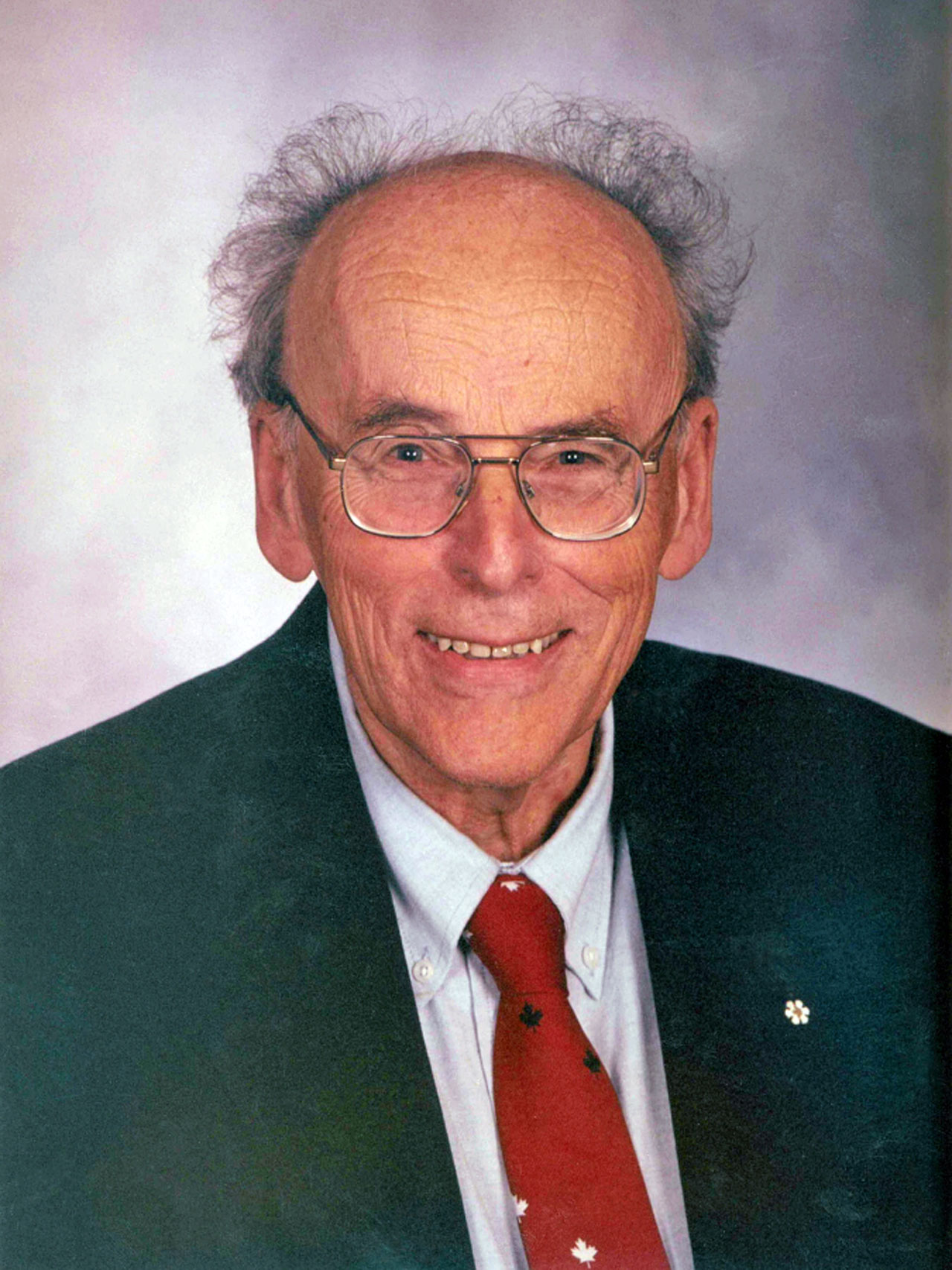 Sidney van den Bergh, recipient of the 2014 Gruber Cosmology Prize, spent much of his career at the University of Toronto and the National Research Council of Canada's Dominion Astrophysical Observatory in Victoria, British Columbia, and is now retired. He has been studying the present Universe for clues to its past since the mid-1950s. He used variable stars — stars that brighten and dim in a regular pattern — to determine the distance to our neighboring Andromeda galaxy, thereby establishing one of the first rungs on the “cosmic distance ladder” that astronomers now use to measure the size of the Universe.

Van den Bergh’s work helped to overturn prevailing wisdom as to how galaxies form — that a single rotating cloud of gas flattens into a disk where star formation could begin. That hypothesis predicts that the stars in the outermost areas of the galaxy disk — the halo — would be the youngest in the galaxy. But in observing the halo of the Andromeda galaxy, van den Bergh discovered clusters of stars that are among the oldest, suggesting that they are remnants from galaxies that had merged with Andromeda. His radical conclusion is now the consensus: Galaxy mergers play a fundamental role in galaxy evolution.