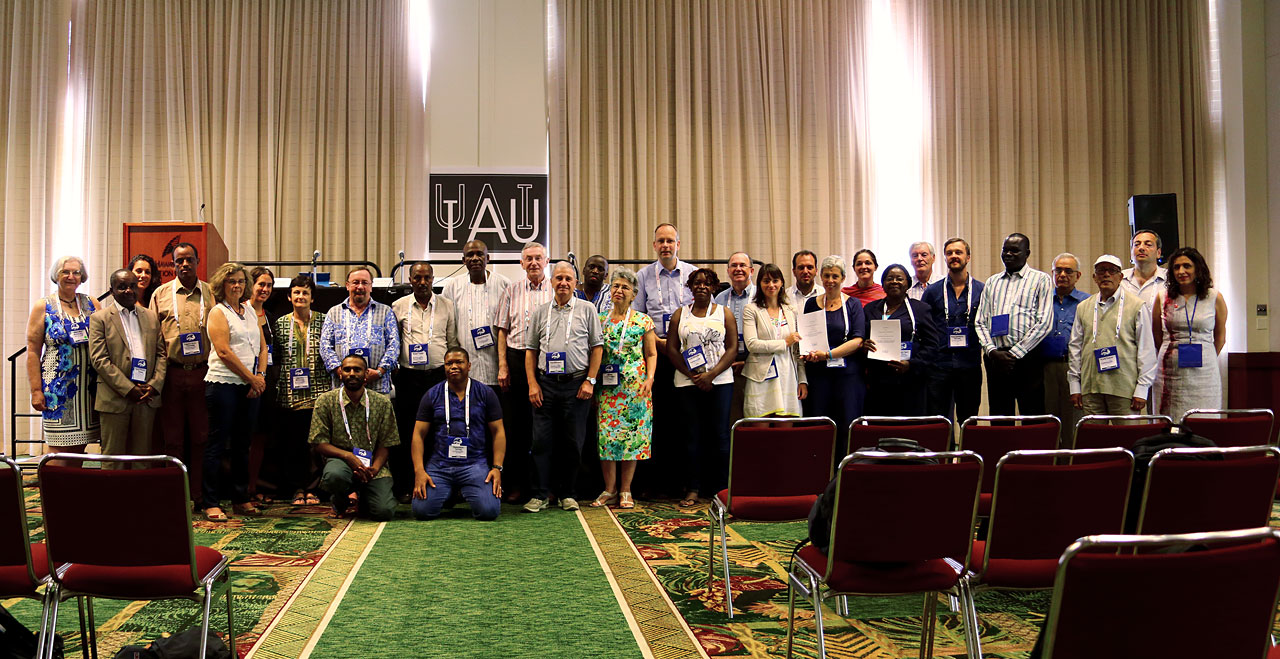 The International Astronomical Union’s (IAU) Office of Astronomy for Development (OAD) has established new coordinating offices in Armenia, Colombia, Jordan, Nigeria and Portugal. Supporting the use of astronomy as a tool for development in specific regions and languages, the new partnerships form part of the IAU’s decadal strategic plan — which aims to realise the societal benefits of astronomy.

This picture shows many of the people involved in this process and it was taken on 13 August 2015 during the signing ceremony held at the IAU General Assembly in Honolulu, Hawai'i. For more information, see the press release iau1512.