Infographic of the IAU NameExoWorlds 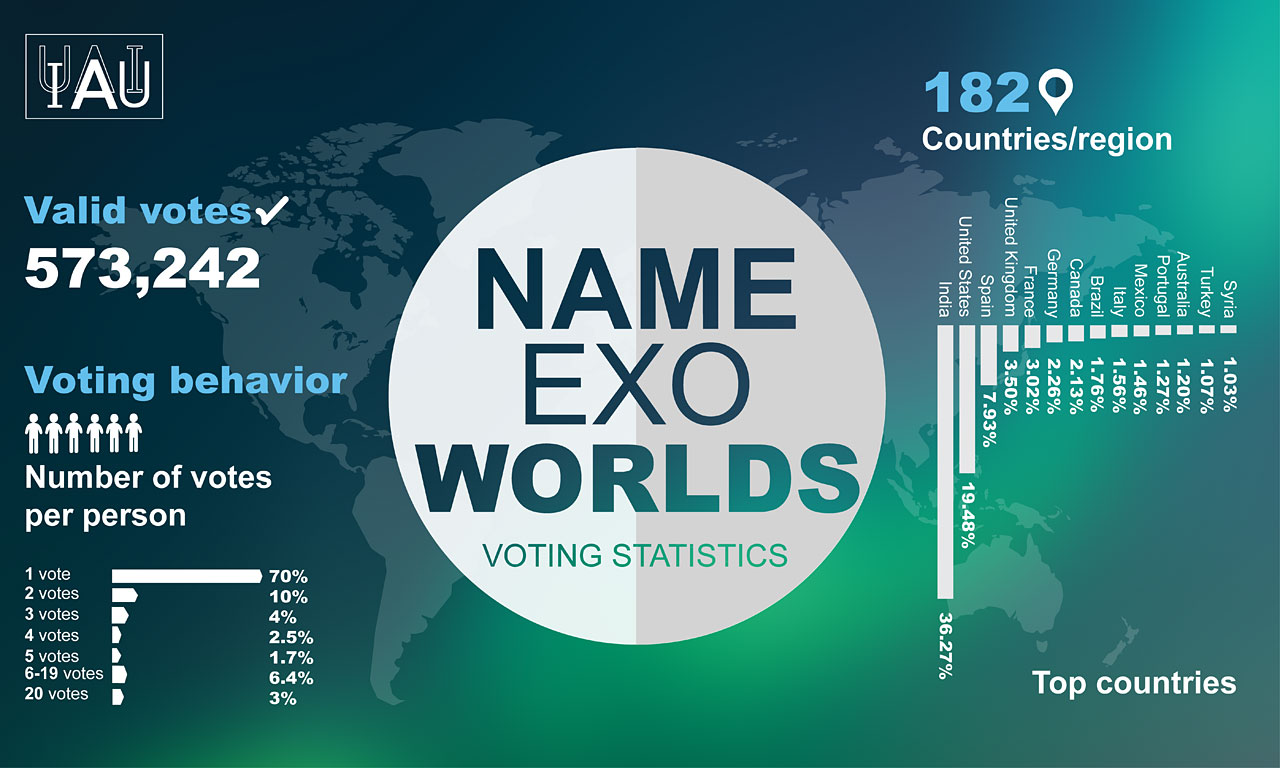 Infographic displaying a breakdown of the votes per person and country/region in the IAU NameExoWorlds vote to name alien worlds. As announced on 15 December 2015, names for 31 exoplanets and 14 host stars, voted for by the public, were accepted and are to be officially sanctioned by the IAU. The winning names are to be used freely in parallel with the existing scientific nomenclature, with due credit to the clubs or organisations that proposed them.