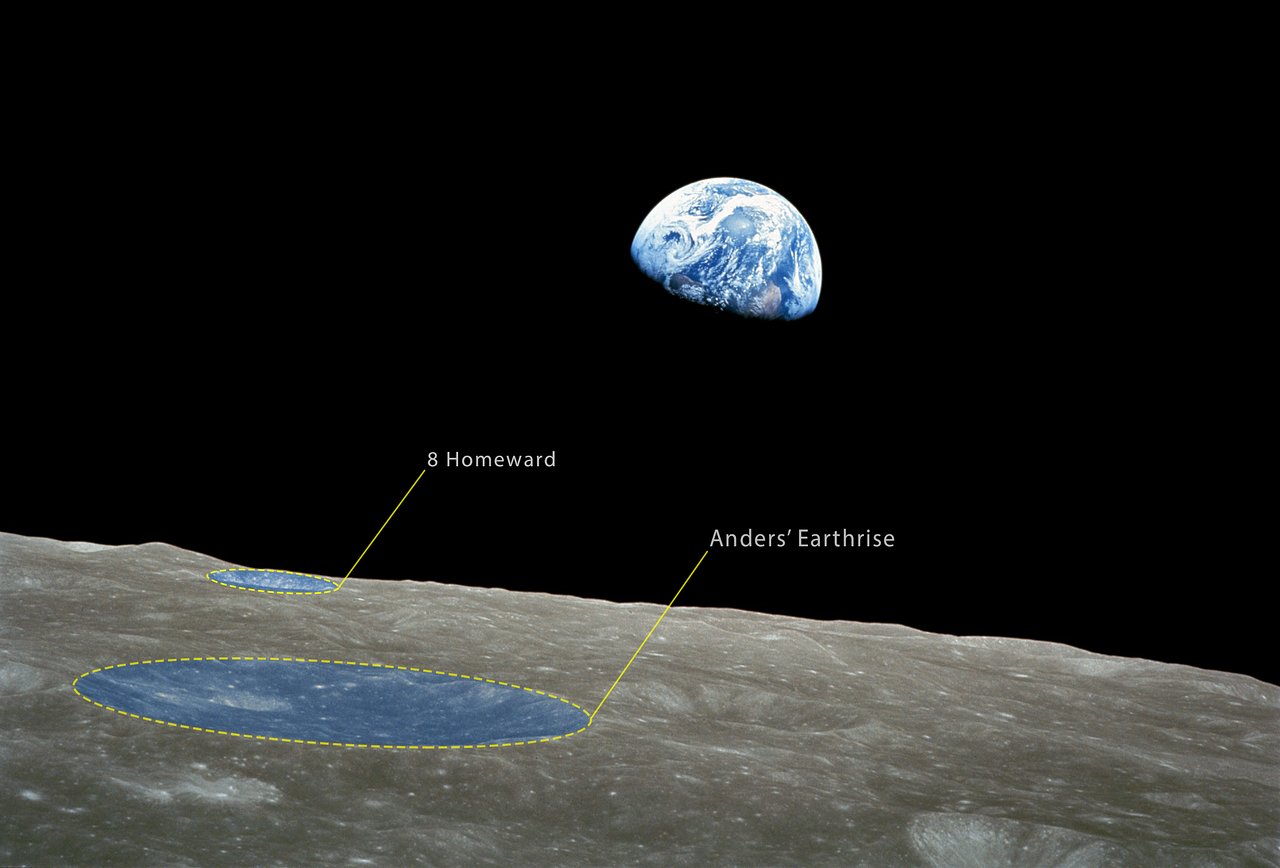 The Earthrise colour photograph taken by astronaut William Anders. It depicts the moment that our shiny blue Earth came back into view as the spacecraft emerged out of the dark from behind the grey and barren Moon. This is arguably the most famous picture taken by Apollo 8. It became iconic and has been credited with starting the environmental movement.

Two of the crates seen in this photo have just been named by the Working Group for Planetary System Nomenclature (WGPSN) of the International Astronomical Union.