At its first General Assembly, which took place in Rome in 1922, the IAU had 207 individual members. Adhering countries were, in addition to the original founding countries, Australia, Brazil, Poland, Rumania, and South Africa (as Allied powers), and Czechoslovakia, Denmark, Mexico, the Netherlands, Norway and Spain, as neutral countries — 19 countries in all, the "enemy" countries from World War I (the "Central powers") being still excluded. The IAU Executive Committee at this time had six members.

Ninety years later, after the Beijing General Assembly, the IAU has over 10,000 active members, or about 50 times the number of 1922, and 73 "national members". Over the years the Executive Committee modestly grew to 12 members.

The figure below shows the evolution of the IAU membership over this time span. While a general growth is to be expected due to various factors — such as the growth of the world population itself, rising from 2 billion in 1927 to 7 billion now — the curve shows a much faster relative growth in the number of astronomers, with a clear increase in slope around the mid-sixties. Explaining the reasons for this increase is beyond the scope of this note, and will be addressed in the future, but contributing factors include the "space race" and the adherence of new Asian countries, showing that astronomy and development are intimately related. 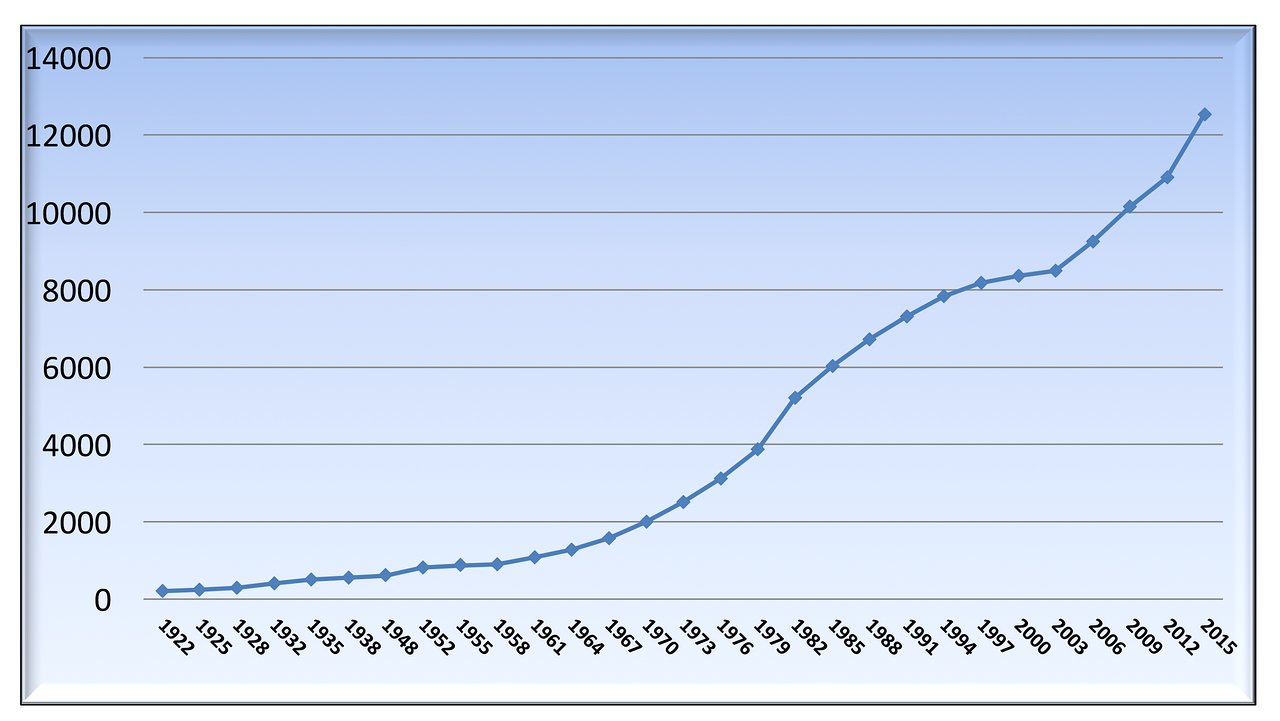