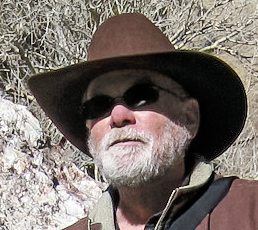 In February the astronomy world lost a person who contributed immeasurably to its capacity for data reduction and analysis. Doug is perhaps best known for his leadership of the Image Reduction and Analysis Facility (IRAF) software package during his tenure at the National Optical Astronomy Observatories. Doug was born in West Branch, Michigan, went to high school in Lansing, and earned a bachelor’s degree in physics from Michigan State University. Doug arrived at Kitt Peak as a telescope operator in 1975, but was not content with the operations software at the site. Perhaps it was his tinkering with real-time codes that got the attention of observatory headquarters in Tucson! There Doug found the support for creating a new platform that would support analysis of data from all of the NOAO telescopes, and the work on IRAF began in 1980.

In 1984 the then newly formed Space Telescope Science Institute was looking for a software platform that would support the calibration and analysis of data from the Hubble Space Telescope. Three systems were in contention: MIDAS (European Southern Observatory), AIPS (National Radio Astronomy Observatory), and IRAF. Both MIDAS and AIPS were more developed at the time, but were already showing their age (Fortran). IRAF was built on Unix, and its SPP programming language was operating system agnostic. At the time STScI was a VAX/VMS shop, and once the decision was taken to adopt IRAF they took on the first port of IRAF to VMS. At the same time STScI jettisoned about 100k lines of written in Fortran since the same functionality largely existed already in IRAF, and focused worked on the Space Telescope Science Data Analysis Software, STSDAS, fully within IRAF.

STScI’s decision to use IRAF led to other projects, namely the Extreme Ultraviolet Explorer and the Chandra X-Ray Observatory, to do the same, and a collaboration was born where each group contributed applications to the IRAF system, but Doug maintained control over the core system. Sometimes tensions arose! STScI wanted to embed in IRAF a kernel, an I/O component, that could directly read and write data in the FITS format. And there were deadlines, deadlines that Doug was quite renowned for ignoring! We found it was sometimes easier to get Doug to deliver by starting the work ourselves. Then he would take all the design work he had been doing in his head, and over a weekend, say, write 10,000 lines of code that would be virtually bug free.

In the mid- and late 1980s a series of conferences about astronomical data analysis software and tools were being held in Erice, Sicily. These were lovely events, held in old monasteries converted into conference centers and dormitories. But there were no parallel in the US. Doug and I conceived the idea of a US-based, but international in scope, conference series that we called ADASS: Astronomical Data Analysis Software and Systems. A proposal to NASA led to funding for ADASS I in November 1991. We served together on the organizing committee for a number of years. ADASS continues strong to this day, with ADASS XXXII coming up this fall, hosted by organizations in Victoria, BC. We were, I guess more successful than we could have imagined, and rather sadly, the Erice meetings stopped after ADASS went fully international.

In 2000 there were new funding opportunities in the UK, Europe, and US focused on cyberinfrastructure and grid computing. The AstroGrid project got underway in the UK, AstroVirTel In Europe (led by the European Southern Observatory in Munich), and the National Virtual Observatory in the US, funded jointly by NSF and NASA. The core of the NVO emerged from the IRAF collaborators, working together with computer scientists and database designers from leading institutions around the country. Upon relocating from NOAO to NRAO in 2002, Doug became a key developer of virtual observatory components and interfaces, leading the image access working group of the International Virtual Observatory Alliance (IVOA) and contributing across the board to VO architecture and implementation. But again, it was not always easy! Doug’s annoyance with deadlines and insistence on proper interface design often frustrated colleagues. I often found myself playing the role of defender and peacekeeper, yet using all available powers of persuasion to get Doug to make progress.

In 2021 the ADASS Conference Series awarded its prize for outstanding contributions to astronomical software to Doug, Lindsey Davis, and Frank Valdes, which reads: “…for the design and development of the core IRAF system and science packages that have enabled almost 25,000 scientific papers since 1986. IRAF (Image Reduction and Analysis Facility) is a software system developed originally by the National Optical Astronomy Observatory (now NSF's NOIRLab) that has been extended by astronomers and institutions to provide a standard platform for data reduction and pipeline processing for numerous ground and space-based observatories. This award is presented in recognition of the outstanding contribution of IRAF to the astronomical software community and the key role these awardees had in developing the core system.” That’s a lot of research papers!

Many of Doug’s colleagues wrote of their memories of Doug recently.

George Jacoby (NOIRLab): “Doug was one of those extremely rare geniuses whom you accept for who they are because of their vision, potential, and discipline ... rather than dismiss them and risk losing out on succeeding beyond expectations with something transformational and great.”

Christophe Arviset (ESA): “I’ve ‘crossed swords’ with Doug on a few occasions, but it is undeniable that his contribution to our Astro and VO community has been huge!”

Bruce Berriman (IPAC): “I will forever remember Doug as the brains behind IRAF, surely the longest living analysis package in our field.”

Roy Williams (Edinburgh): “I always enjoyed working with Doug. So practical and knowledgeable on astronomy and computers, and everyone knew him as his great reputation (IRAF) went before. Doug was the closest I have seen to a real Western cowboy. Boots and hat and six-shooter, he could have done that if he had not done astronomy. When he said he was building a cabin in the Colorado mountains, it was so perfectly in character.”

Gretchen Greene (NIST): “Doug was a gem, he really kept us all thinking, deeply, about the purpose of what we were doing, even at times when it seemed like we were in the woods of the VO. I have very fond memories, and remember if I got a smile from Doug, it was a good day, and there were quite of few of those with him as our work evolved. He loved talking about his mountain trees and all the work he did, I used to joke with him about being the Marlboro man, i.e., he was our ‘astronomer cowboy.’ He seemed to think that was funny in his dry sense of humor way.“

Fabio Pasian (Trieste). “Doug was not the easiest person to work with, but he certainly had firm principles, the deepest technical knowledge and a touch of genius in finding excellent solutions to software problems.”

Mireille Louys (Strasbourg): “Doug was a pillar member of the IVOA and I really appreciated how didactic and precise he was when working with us. He was not a show-off person but we could trust him.”

Doug was an accomplished road cyclist, rock climber, and high altitude mountaineer. He enjoyed outdoor activities of hiking and camping with his wife Lindsey. He also loved classical music, especially Mozart and Bach, and amassed an extensive CD collection. Doug was one of those rare persons who could master just about any technology or tool just by reading about it, considering first principles from physics, and just “seeing” it. (He told me he was going to learn to play the piano that way! I don’t think he succeeded with that one, though.) He could build or fix pretty much anything, and loved working around their Colorado “ranch”.

To close on a personal note, I think we had been working together for at least three years, becoming both colleagues and friends. All that time, whenever I would make a joke or point out something funny, Doug would look at me with a confused expression on his face. I think he thought I was crazy or something. Eventually he grew accustomed to my humor and would actually smile. Never a big laugh, because Doug was a serious person. Someone who took his work seriously, his working relationships seriously, who did not suffer “fools” easily, and who was committed to doing things the right way! He will be missed.