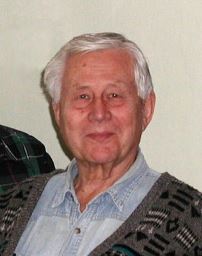 Václav Bumba was born on 14 August 1925 in Domažlice, in western Bohemia, in what was then Czechoslovakia. In 1936, he began his studies at the gymnasium in Klatovy and passed the secondary school final examination there in 1944. From the age of 16, he began regular daily observations of planets, deep sky objects, and sunspots together with his classmates, for which they used small telescopes that he assembled himself or bought later on. Beginning in the summer semester 1945, he studied Mathematics and Physics at Charles University, Prague. During his final year at university, in December 1948, he began to work at the Ondˇrejov Observatory as an ancillary gardener as there was no astronomer position available. At his graduation in 1949, he obtained the High School teaching qualification, but continued working at the Astronomical Observatory at Ondˇrejov near Prague. In 1950, he completed rigorous exams in Astronomy and Experimental Physics and defended a thesis on the “Statistics of meteors”, after which he obtained the academic degree RNDr (rerum naturalium doctor). After three years of compulsory military service, he returned to the Astronomical Institute in Ondˇrejov, which in the meantime had become one of the institutes of the Czechoslovak Academy of Sciences. After his return, Václav Bumba’s scientific interests turned from meteors to solar physics. During the 1954 Czechoslovakian expedition to the Caucasus mountains, where they observed the total solar eclipse, he learned about the possibility of a research assistantship in the Soviet Union. His application was successful, and he spent nearly four years at the Crimean Astrophysical Observatory working under the supervision of Professor A.B. Severny. In 1960, he defended his PhD thesis on the “Relations between movements and magnetic fields in sunspots” at Moscow State University.

In 1964, he received a UNESCO fellowship to spend a year at the Mt. Wilson and Mt. Palomar observatories, where he developed a fruitful collaboration with Robert Howard while working on the distribution and development of solar magnetic fields. The two colleagues issued a large atlas of synoptic maps of large-scale solar magnetic fields. In a paper they published together (Bumba and Howard in Astrophys. J. 141, 1502, 1965), they reported the fundamental importance of the large-scale solar “background” magnetic field and its role in the solar cycle. The collaboration continued with Robert Howard’s six-month visit to Ondˇrejov in 1967. Their high-impact scientific results were honoured when the Prize of the Czechoslovak Academy of Sciences was awarded to Václav Bumba. In the same year, he defended his doctoral thesis on the “Hierarchy of the distribution of solar magnetic fields” at Moscow State University and received the scientific degree of Doctor of Sciences (DrSc). Václav Bumba devoted his scientific life to the research of solar magnetic and velocity fields and their relations to various types of solar activity phenomena. He published more than 380 papers and presented more than 300 scientific communications at various symposia, summer schools, and other places. He retired in 2007, but actively continued his scientific research.

Václav Bumba devoted great endeavour to scientific management both at the Astronomical Institute in Ondˇrejov and in other positions in Czechoslovakian and international scientific commissions and committees. He was head of the Solar Department at Ondrˇejov Observatory from 1970 – 1987, vice-director from 1968 – 1975, and finally, director of the institute from 1975 – 1990. He devoted significant organisational effort to the installation of new solar telescopes, including large horizontal spectrographs and magnetographs at Ondˇrejov Observatory. He also was a member of the Executive Committee of the IAU Commission 10 for Solar Activity for 15 years, became a vice-president from 1974 – 1979, and he finally was president of the commission from 1979 – 1982. He was a delegate of the IAU in the MONSEE (Monitoring of Sun–Earth Environment), IUWDS (International Ursigram and World Day Service), and FAGS (Federation of Astronomical and Geophysical Services). He was very active in Czechoslovak Space Research – a part of the Intercosmos Programme – since it was established in 1971. He first was a member, then became scientific secretary from 1972 – 1980, and was vice-president of the Czechoslovak Intercosmos Commission from 1980 – 1983. He participated in several national and international commissions on space research, including those at the United Nations and UNESCO.

Václav Bumba died on January 13, 2018 in Benešov. He is survived by his wife Šárka, a retired teacher of Czech language and literature, their daughter and three sons, four grandchildren, and three great-grandchildren.