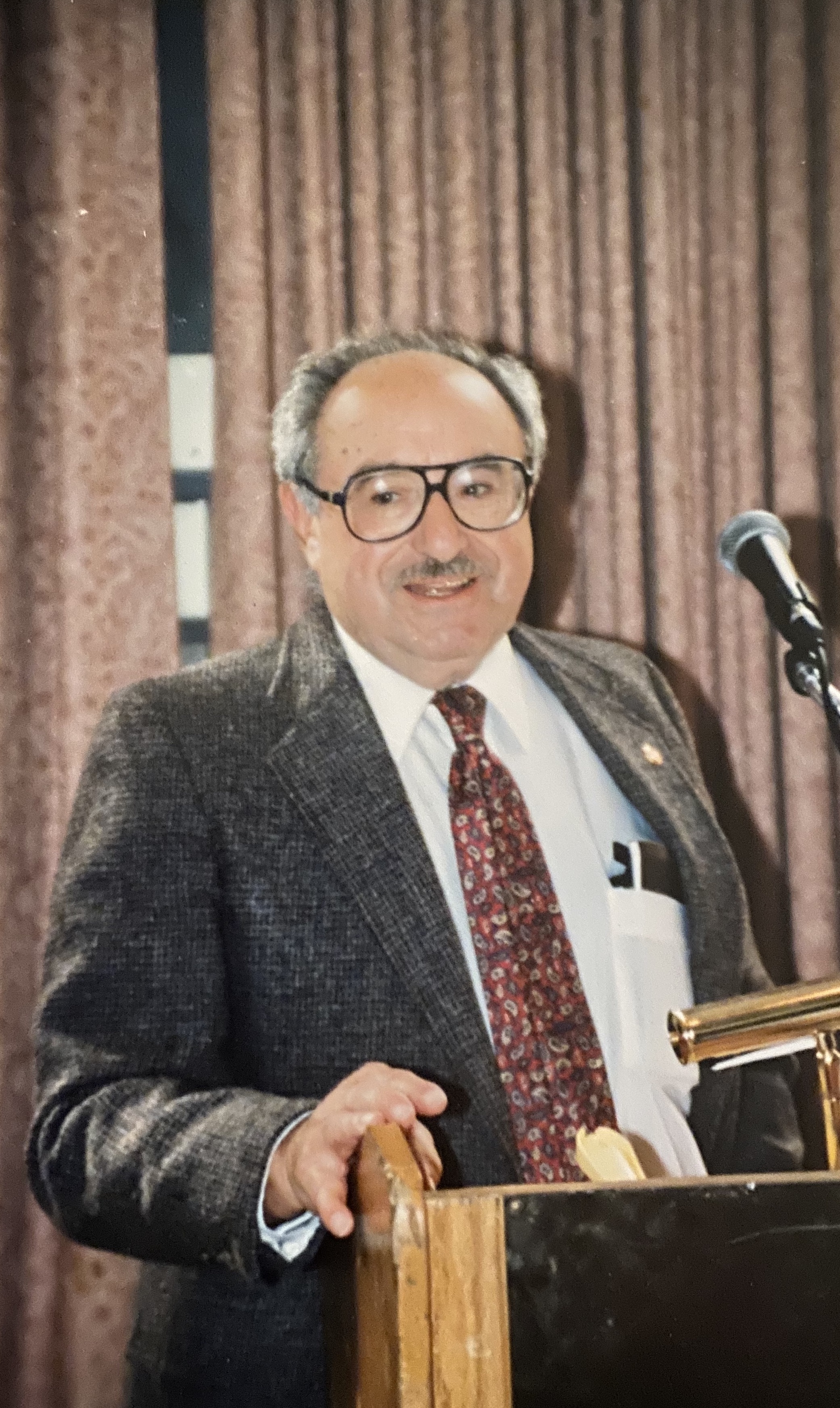 This distinguished solar physicist began as an aeronautical engineer and delved deeply into advanced research of the solar wind and its complex relationship with our magnetosphere.

Murray Dryer, a leading research scientist emeritus in space physics and space weather, passed away at age 96 in Englewood, Colorado on Feb 7. He worked most recently at NOAA’s Space Weather Predictions Center in Boulder, Colorado. We have lost a truly approachable and affable scientist who worked for roughly 70 years in building bridges of collaboration across the world to expand our knowledge of the solar system.

One of Dr. Dryer’s chief contributions to solar physics was his 3D numerical simulation studies of solar wind expansion and his foundational knowledge of shock wave theory into predicting both recurrent and non-recurrent geomagnetic storms. This is the efficient exchange of energy from the solar wind to the earth’s magnetosphere. With 134 first authored research papers to his name, Dryer co-authored 420 others. He mentored numerous pre and post doctoral students worldwide who are now leaders in the field of space research. He is the recipient of numerous awards including an AIAA Space Science Award (1975), a NOAA Certificate of Scientific Accomplishment (1981) and was credited in several Who’s Who compilations. Dr. Dryer also pioneered three design patents for hypersonic aircraft configurations.

As a young boy, Murray was fascinated by books and cartoons depicting Mickey Mouse in fanciful flights of adventure. His initial ambition to become a pilot was thwarted by poor eyesight, so he concentrated on the sciences and later engineering. He was drafted in 1944 and served in the Navy as a young 18 year old yeoman in the transportation department filling out requisitions for parts and fuel. He saw movies of the dramatic effects of an atomic bomb blast and became fascinated with shock waves. Murray went on to earn a B.S. in Mechanical Engineering (Stanford, ’49) and M.S. in Aerospace Sciences (Stanford, ’50). Throughout his lifelong career as aerodynamicist, lecturer, researcher, and senior solar and space scientist Murray would always refer to himself as “just a wind tunnel jockey.”

Fresh from his academic studies, Murray first dedicated himself to aeronautical engineering. His first summer job was plotting pressure distributions on supersonic swept wings in the subsonic regime in huge 40x40 foot wind tunnels at Ames Research Laboratory at Moffett Field, CA applying newly learned applications of fluid dynamics. Then after graduation he worked for about six years at the Lewis Flight Propulsion Laboratory under the National Committee for Aeronautics (NACA) in Cleveland, OH. It was here that research was given free rein to allow the aerodynamicist to experiment with exotic supersonic and hypersonic models in 1x1 to 10x10 foot wind tunnels. Various air inlets, nozzles and aircraft configurations were tested and data collected for sophisticated aircraft of the future. One of Murray’s ideas was to come up with a flat bottom design on supersonic vehicles so as to get the pressure behind the shock in order to improve efficiency for turbojet and ramjet engines. He would joke that, “I’m sure glad we left a little electricity behind for the city of Cleveland!”

Murray moved to Littleton, CO in 1959 to work for Martin Marietta. This entailed refining jet nozzle design initially, but later he was assigned to use his knowledge of aerodynamic coefficients to study shuttle atmospheric re-entry, which would be applied on the Mercury and subsequent projects.

Then from the impetus of data from the IMP-1 spacecraft it became apparent that there existed a “disordered region” in front of the Earth’s magnetosphere and that the solar wind had effects in interplanetary space. In amazement, Murray thought, “well gee, that sounds like a bow shock in front of a missile - seems pretty familiar to a wind tunnel guy like me.” This simple analogy would guide him for the rest of his career and lead to later solar studies. The heliosphere, the vast region surrounding the sun and solar system containing protons and electrons of the solar wind, was in a sense just a “giant wind tunnel in the sky.”

So Dr. Dryer moved into the realm of space. He was then employed by the agency that would become the Space Weather Prediction Center (SWPC) in Boulder, CO, where his research would be foundational in studies of how events on the sun such as flares, coronal mass ejections from the sun, prominences, etc. would affect what we now call “space weather.” This was a new term coined at that time. Forecasting, research modeling and simulation would be key. This affects everything from communications to the amazing auroras we observe in polar skies. He took a hiatus and obtained his Ph.D in Space Physics (Tel Aviv University, ’70).

At this time, Dr. Dryer fully transitioned from aerodynamicist to solar physicist. He returned to his base in Boulder, CO and tirelessly expanded our knowledge of the complete range of solar events. Forecasting, theory and prediction all played key roles in his interests, gleaned from data from numerous spacecraft. For example, he and his colleagues were able to predict the arrival of solar disturbances to a mean absolute error (MAE) of +/- 10 hours. The three dimensional application learned long ago in NACA’s wind tunnels provided a firm basis advancing knowledge of “the big wind tunnel in the sky.” Although Dr. Dryer retired from his NOAA affiliation in 1994, he remained extremely active with the scientific community all over the world. Murray was an indispensable organizer of many international meetings and he made herculean efforts to include and collaborate with international participants in countless scientific efforts.

Wide recognition accompanied Murray’s long and successful career. In 2008 he was nominated for the COSPAR (Committee on Space Research) William Norberg Medal for “distinguished contribution to the application of space science in a field covered by COSPAR,” as well as nominations for the American Geophysical Union’s Edwin A. Flinn Award for “unselfish cooperation in research.”

He continued work with CIRES (Cooperative Institute for Research in Environmental Sciences) at the University of Colorado and even some late career work with the SOHO (Solar and Heliospheric Observatory) spacecraft capped a long career of analysis.

Murray was born the youngest son to immigrant parents from what is now Belarus on 4 Nov 1925 in Bridgeport, CT. He especially enjoyed swimming in Long Island Sound as a young boy, had a newspaper delivery job and worked in a shoe store. Later, in 1955, he married Geraldine Goodsell of Aberdeen, SD, an accomplished coloratura soprano and skilled classical pianist. The two of them together enjoyed the fine arts and classical music. His son, Steven, later realized his early ambition by becoming an Air Force and airline pilot. Then his youngest, daughter Lisa, would give him his two grandchildren and one great grandson.

Dr. Murray Dryer will be greatly missed by the many who collaborated with, admired and worked closely with him on the full gamut of space sciences he loved exploring. He also leaves behind a family grateful for his constant good nature, generosity, kind demeanor and love.