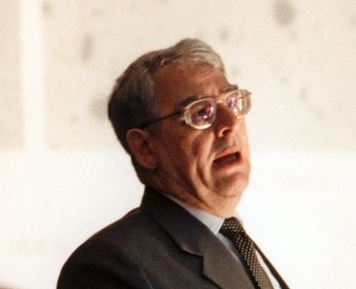 Riccardo Giacconi, a notable member of the IAU community, passed away on Sunday 9 December 2018 at the age of 87.

Riccardo Giacconi was born in Genoa, Italy on 6 October 1931. He obtained both a degree in Physics and a PhD from the University of Milan in 1954. Two years after, Giacconi moved to Indiana University, USA and then on to Princeton University, USA to work at the Princeton Cosmic Ray Laboratory.

Following his time at Princeton, Giacconi was contracted by American Science and Engineering to initiate a space science programme, which he decided to focus on observations at X-ray wavelengths. This decision marked the beginning of the field of X-ray astronomy. In 1962, he and his team discovered Scorpius X-1, the first known X-ray source outside the Solar System, and later the cosmic X-ray background.

Riccardo Giacconi was Director General of ESO from 1993 to 1999. This was a crucial time in the organisation’s history: ESO was then constructing the Very Large Telescope (VLT), on Cerro Paranal, and starting the partnership that would become the Atacama Large Millimeter/submillimeter Array (ALMA). The successes of these years, and in particular the construction of the VLT, led ESO to become a world-leading astronomical organisation.

IAU General Secretary Teresa Lago shares her memory of Riccardo Giacconi: “I worked with Giacconi when he was Director of STScI, and later as Director General of ESO where I was Council member. He was a visionary, determined, and strong-minded person. He was instrumental in shaping the structure of ESO to be ready for the VLT. I consider that world astronomy bears a huge debt of gratitude to Riccardo Giacconi.”

We are very sorry to report the passing of our dear friend and colleague, Riccardo Giacconi, on Sunday, 9 December. Some of us were very fortunate to work directly with Riccardo at various times over the past 60 years. But more importantly, a very large segment of the astronomy and astrophysics community have based their research on facilities which were conceived, built, and/or directed by Riccardo.

We all know he received the 2002 Nobel Prize in Physics for his pioneering work in X-ray astronomy. He progressively red-shifted the bandwidth of his accomplishments, becoming the first Director of the Space Telescope Science Institute and being instrumental in making the Hubble Space Telescope a success, building the Very Large Telescope as Director General of ESO, and while president of Associated Universities Incorporated, expanding the Very Large Array and initiating the construction of the Atacama Large Millimeter/submillimeter Array.

Riccardo is survived by his wife Mirella, daughters Anna and Guia, and grandchildren Alexandra and Colburn. He was pre-deceased by his son Mark. The funeral will be private with immediate family only.

We know the scientific community will continue to appreciate and benefit from Riccardo’s extensive contributions.