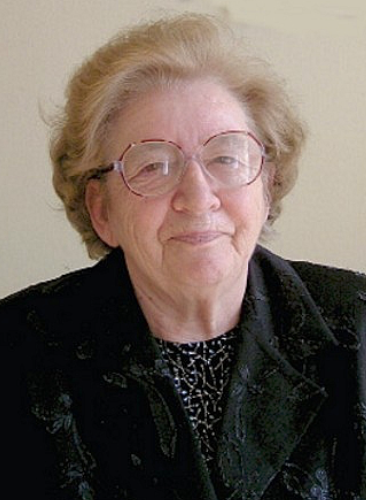 Natalia Nikolayevna Stepanian has died at the age of 87 after a long illness. She was one of the oldest researchers of the Crimean Astrophysical Observatory who pioneered solar physics in Crimea, Doctor of Science in Physics and Mathematics, Professor.

Natalia Nikolayevna was born on 22 June 1931 in Moscow. After graduating from school in 1949, she became a student of Lomonosov Moscow State University. In 1954 she was accepted as a postgraduate student to CrAO. N.N. Stepanian advanced from a junior researcher to the Head of the Laboratory, substituting Academician A.B. Severny for this post in 1989. In 1963 she defended her thesis on a study of metal lines and rare earths in flares, and in 1984 – Doctoral thesis on a study of the evolution of activity and its prediction. Since 2006 – Professor, Honored Scientist of the Republic of Crimea (2009), Member of the International Astronomical Union. She is an author of more than 240 research papers and two popular books.

N.N. Stepanian actively participated in creating and exploring an instrumental base for solar observations. She took part in mounting the Tower Solar Telescope BST-1 and in first spectral observations with it. She substantially contributed to the construction of the horizontal, second tower telescope and two versions of an air-based telescope for operative prediction of flares under bad weather conditions. N.N. Stepanian studied behavior of the magnetic field in the solar atmosphere during flares based on field measurements in lines produced at various heights. She elaborated multi-parameter methods for predicting the evolution of active regions, which were particularly applied in operative predictions of solar activity during the flights of cosmonauts. N.N. Stepanian paid considerable attention to the organization of the Solar Service in CrAO. In the last years she was interested in problems of the evolution of large-scale structures: coronal holes, background magnetic field structures and their relation with the solar activity.