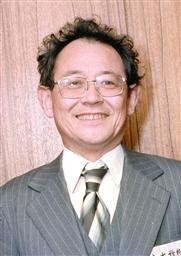 After graduation from Tokyo University in 1955 he started his research on solar radio astronomy as a graduate student, and joined Tokyo Astronomical Observatory of Tokyo University in 1958. He studied solar bursts using the 2-element meter-wave radio interferometer at Mitaka. From December 1962 to November 1964, and again for a 9-month period in 1967, he worked with the group of Prof. P. Wild at the Radiophysics Division of CSIRO, Australia to help build the Culgoora radioheliograph. After returning to Japan he pioneered research in cosmic radio astronomy at Tokyo Astronomical Observatory (later re-named to the National Astronomical Observatory, NAOJ, in 1988). He led the effort to build the 6m mm-wave telescope at Mitaka and later to establish the Nobeyama Cosmic Radio Observatory (opened in 1982) which had two mm-wave telescopes - the 45m telescope and 5-element mm-wave interferometer.

His research area moved from mm-wave spectral line observations to VLBI. He provided strong leadership and influenced the direction of VLBI research in Japan. He contributed to the proposal and planning of the Japanese space-VLBI project, VSOP (VLBI Space Observatory Programme) using the radio astronomy satellite, HALCA, which was launched in 1997. VSOP was operated by ISAS (the Institute of Space and Astronautical Science) and NAOJ, and was the first dedicated space-VLBI mission. It was a very complex, international mission with many partners contributing to the ground segment, and he made a significant contribution to its success. He was also a strong supporter of VERA (VLBI Exploration for Radio Astronomy) built by NAOJ, as well as Subaru and ALMA.

In all his activities, Prof. Morimoto was an inspiration for the younger generations entering the newly born radio astronomy community in Japan and had a big influence on their development. He also had interest in SETI from an early stage, and worked hard to engage the public in scientific activities by writing ten books and many articles, and by giving many public lectures.