The official citation recognises the astronomers — nicknamed the “Gang of Four” by their colleagues and often collectively abbreviated as DEFW — for “their pioneering use of numerical simulations to model and interpret the large-scale distribution of matter in the Universe”. The Gruber Prize recognises both the discovery method that DEFW introduced as well as the collaboration’s subsequent discoveries.

Davis, Efstathiou, Frenk and White will each receive an equal share of the award, along with a gold medal, at a ceremony later this year. They will also deliver a lecture.

Astronomers have always told us what the Universe looks like. Theorists have always invented ideas as to how it came to look that way. Not until the computer age, however, could scientists studying the evolution of the entire Universe decisively match the gossamer of educated guesswork with the blueprint of observational evidence.

The particular piece of evidence that motivated the creation of the DEFW collaboration came in the form of a survey, carried out in 1981 by the Harvard–Smithsonian Center for Astrophysics (CfA) and led by Davis, of 2400 galaxies at various distances — at the time, an extraordinary census of how the heavens look on the largest scales. The CfA survey showed an early hint of what is today called the cosmic web — galaxies grouped into lengthy filaments, or superclusters, separated by vast voids.

Theorists offered two competing ideas that might explain how matter could have coalesced in such a manner. Both theories took into account the presence of dark matter, a mysterious substance that astronomers in the 1970s had come to accept as a necessary piece in the cosmic puzzle in order to explain galaxy motions that otherwise would be violating the laws of physics. One candidate theory was “hot dark matter” — “hot” because at early times the particles would travel at velocities approaching the speed of light. Such speeding particles leave behind the “regular” matter which makes up galaxies and so does not clump around them. The other candidate was “cold dark matter”, relatively sluggish particles that would fall together to build galaxy halos, dragging the regular matter along for the ride.

The Center for Astrophysics survey would allow astronomers to test these interpretations — but only if they could figure out how to model the evolution of the Universe over billions of years.

Enter the Gang of Four. Although other astronomers had been working with N-body simulations — so called because they follow a number of points, N, each representing a concentration of mass — their code couldn’t handle a large enough N to represent large scales in the Universe. Efstathiou, however, suspected that a code used to simulate ionic microcrystals would work. He succeeded in adapting it for cosmology, and Davis, Frenk and White then used that code to demonstrate that a simulated Universe based on the hot dark matter theory didn’t remotely match the CfA observations.

Then, in a series of five landmark papers from 1985 to 1988, Davis, Efstathiou, Frenk, and White showed that observations of galaxies, clusters, filaments, and voids were consistent with a simulated Universe that had evolved under the influence of cold dark matter.

"The DEFW papers were instrumental in ushering in a new era where numerical simulations became a standard tool of cosmological studies," says Wendy Freedman, Crawford H. Greenewalt Chair and Director of The Observatories of the Carnegie Institution of Washington, and chair of the 2011 Selection Advisory Board to the Gruber Cosmology Prize.

Cold dark matter — or CDM — is today one of the two key components of the standard cosmological model. The other is the acceleration of the expansion of the Universe, a discovery observers made in the late 1990s that DEFW’s simulations had anticipated. Scientists designate whatever is causing the acceleration with the mathematical symbol lambda (Λ), but it is more commonly known, in a nod to dark matter, as “dark energy”.

Nobody yet knows the exact nature of dark matter or dark energy. Yet as more extensive and more detailed observations of the Universe have accumulated, ΛCDM has become the standard model of cosmology. Today the match between observation and theory indicates that the Universe is composed of 4.6 percent “ordinary” matter, 23.3 percent dark matter, and 72.1 percent dark energy. Numerical simulations of the kind pioneered by DEFW show that a Universe with this astonishingly precise yet remarkably strange composition does indeed develop structures which are a close match to those we see around us.

The Gruber International Prize Program honours contemporary individuals in the fields of Cosmology, Genetics, Neuroscience, Justice and Women’s Rights, whose groundbreaking work provides new models that inspire and enable fundamental shifts in knowledge and culture. The Selection Advisory Boards choose individuals whose contributions in their respective fields advance our knowledge, potentially have a profound impact on our lives, and, in the case of the Justice and Women’s Rights Prizes, demonstrate courage and commitment in the face of significant obstacles.

In 2000, The Peter and Patricia Gruber Foundation and the International Astronomical Union (IAU) announced an agreement by which the IAU provides its expertise and contacts with professional astronomers worldwide for the nomination and selection of Cosmology Prize winners. Under the agreement, The Peter and Patricia Gruber Foundation also funds a fellowship programme for young astronomers, with the aim of promoting the continued recruitment of new talent into the field.

The official citation reads: The Peter and Patricia Gruber Foundation proudly presents the 2011 Cosmology Prize to Marc Davis, George Efstathiou, Carlos Frenk and Simon White for their pioneering use of numerical simulations to model and interpret the large-scale distribution of matter in the Universe.

Cosmological simulations allow direct confrontation between observation and theory, and have transformed the way we conceive and visualize the growth of structure in the Universe.

The work of Professors Davis, Efstathiou, Frenk and White galvanized support for ”cold dark matter” as the dominant form of matter in the Universe and has thus been instrumental in the crafting of our current cosmological paradigm. 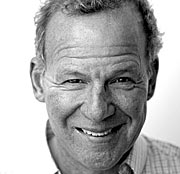 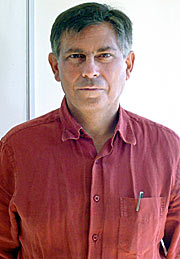 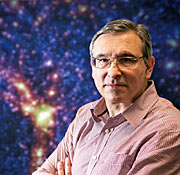 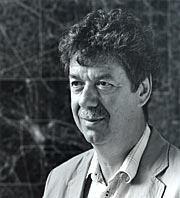