The MESSENGER Education and Public Outreach (EPO) Team has announced the winners from its competition to name five impact craters on Mercury after artists. Winners were selected by the IAU from 3600 submitted names.

The MESSENGER Education and Public Outreach (EPO) Team, coordinated through the Carnegie Institution for Science, has announced the winners from its competition to name five impact craters on Mercury after artists. Entries had to be submitted by 15 January 2015, and the International Astronomical Union (IAU) Working Group for Planetary System Nomenclature made the selections from a total of 3600 submissions, and a semifinal round of 17 names. The newly selected crater names are Carolan, Enheduanna, Karsh, Kulthum, and Rivera.

Under IAU rules, all new craters on Mercury must be named after an artist, composer, or writer who was famous for more than 50 years and has been dead for more than three years.

Turlough O'Carolan (Carolan) was an Irish composer during the late 16th and early 17th centuries; Enheduanna, an Akkadian princess who lived in the Sumerian city of Ur in ancient Mesopotamia (modern Iraq and Kuwait), and is regarded by many scholars as the earliest known author and poet; Yousuf Karsh was an Armenian–Canadian and one of the greatest portrait photographers of the 20th century; Umm Kulthum was an Egyptian singer, songwriter, and film actress active between the 1920s and 1970s; and Diego Rivera was a prominent Mexican painter and muralist between the 1920s and 1950s.

NASA’s MESSENGER spacecraft has been in orbit about Mercury since March 2011 and its mission is due to finally end when it impacts into the planet tomorrow. The MESSENGER spacecraft has far surpassed expectations in both the duration of its mission and in the quantity and quality of data it has provided; the goal of the craft was to take 2500 images of the planet, but it has returned more than 250 000. The EPO team organised the crater-naming competition to celebrate the mission’s achievements.

The Carnegie Institution for Science is a private, nonprofit organisation headquartered in Washington, D.C., with six research departments throughout the U.S. Since its founding in 1902, the Carnegie Institution has been a pioneering force in basic scientific research. Carnegie scientists are leaders in plant biology, genetics, developmental biology, astronomy, materials science, global ecology, and Earth and planetary science.

MESSENGER (MErcury Surface, Space ENvironment, GEochemistry, and Ranging) is a NASA-sponsored scientific investigation of the planet Mercury and the first space mission designed to orbit the planet closest to the Sun. The MESSENGER spacecraft was launched on 3 August 2004, and entered orbit about Mercury on 18 March 2011 (UTC), to begin its primary mission — a year-long study of its target planet. MESSENGER’s first extended mission began on 18 March 2012, and ended one year later. MESSENGER is now in a second extended mission, which is scheduled to conclude in April 2015. Sean C. Solomon, the Director of Columbia University's Lamont-Doherty Earth Observatory, leads the mission as Principal Investigator. The Johns Hopkins University Applied Physics Laboratory built and operates the MESSENGER spacecraft and manages this Discovery-class mission for NASA. 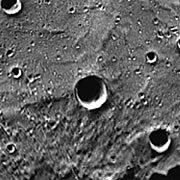 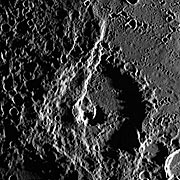 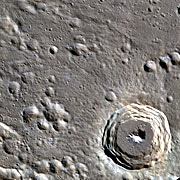 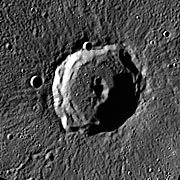 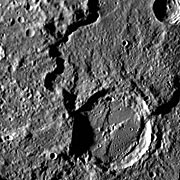