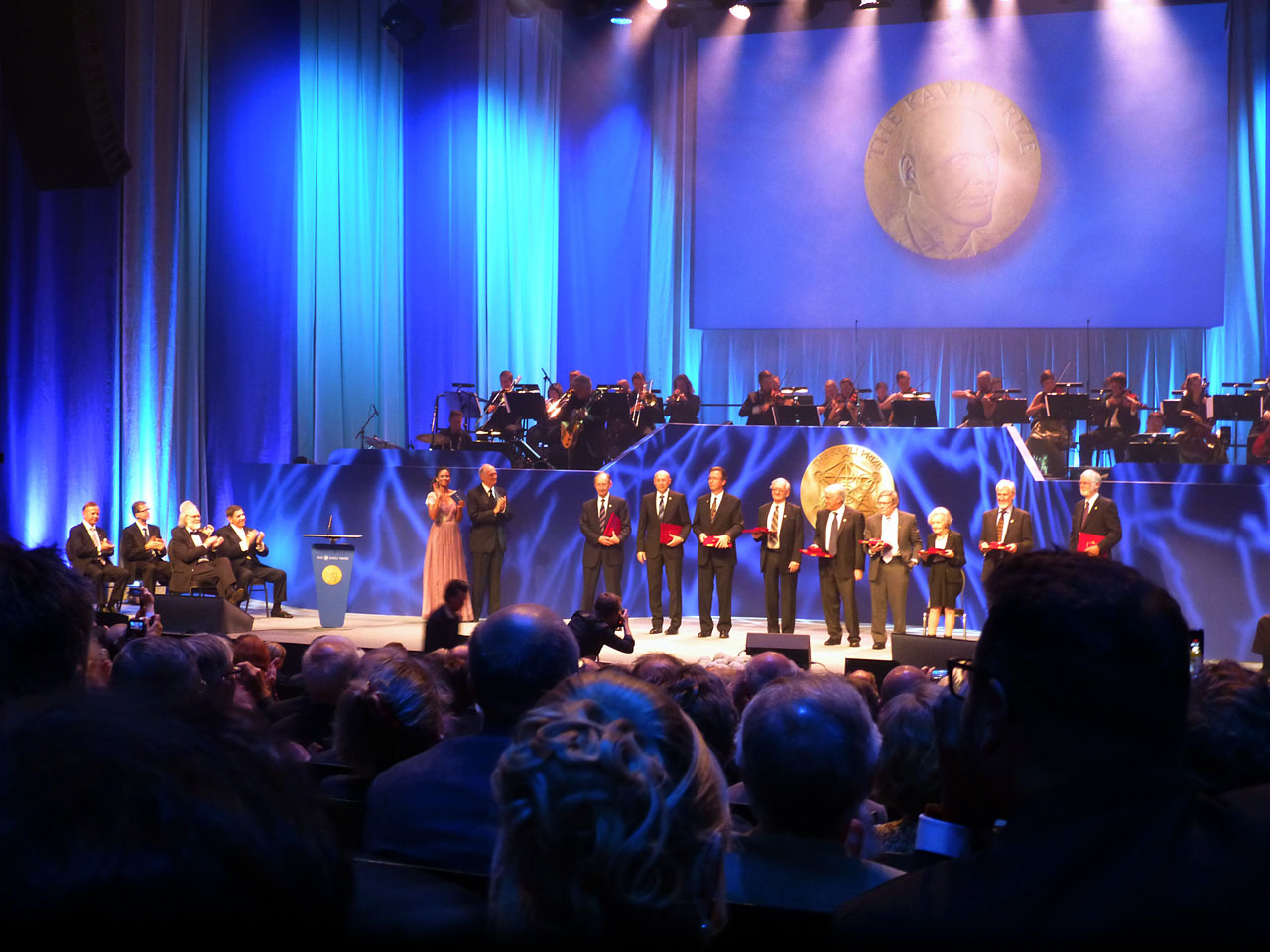 The 2014 Kavli Prizes ceremony awarded in Oslo, Norway, on 9 September 2014. The three Kavli Prize astrophysics laureates are seen on stage at the Oslo Concert Hall, after having been presented the awards by the King of Norway, Harald V. From fourth to sixth from the left (among the nine laureates): Alexei Starobinsky, Andrei Linde and Alan Guth. More information can be found in the KAVLI press release.