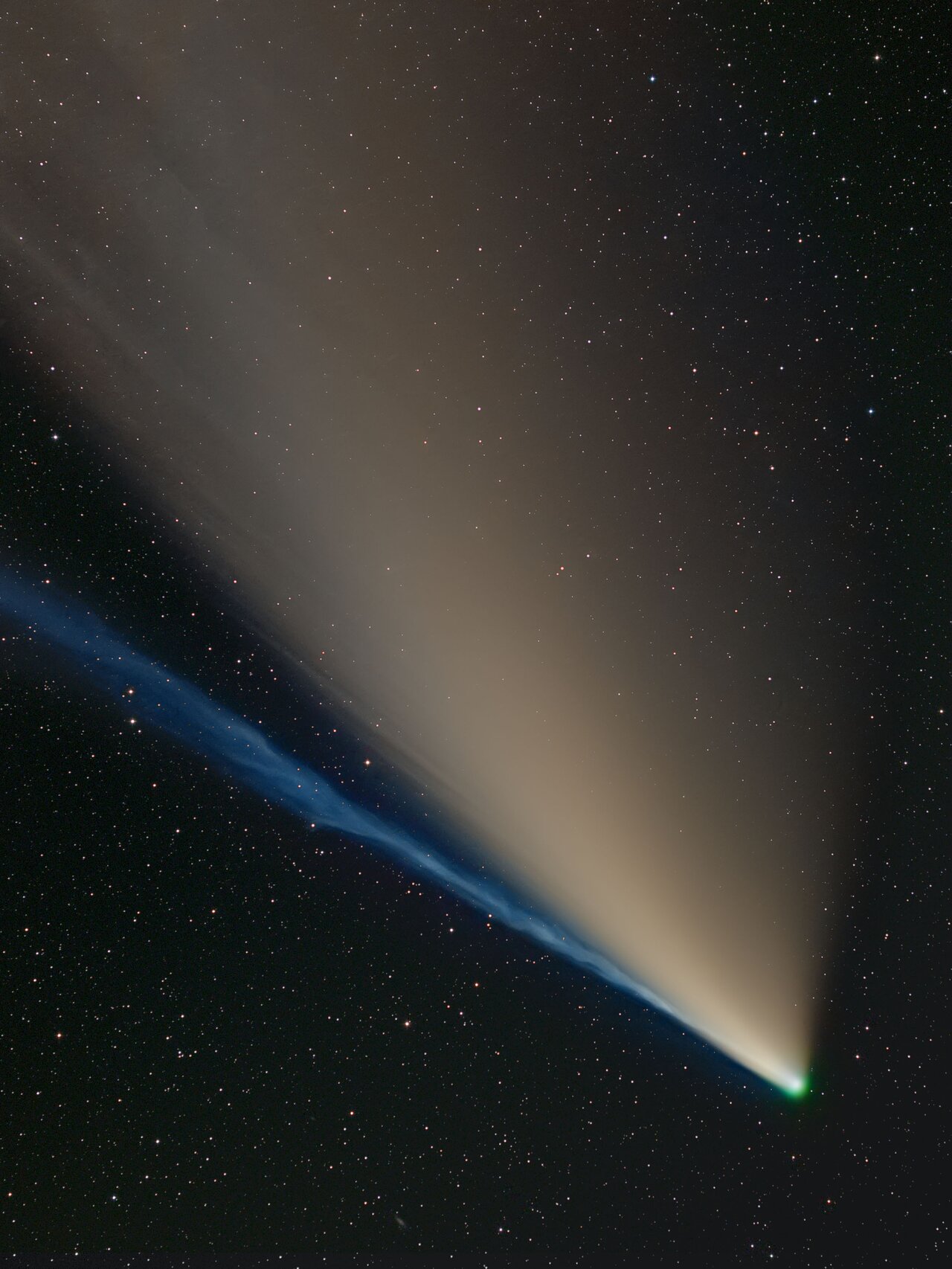 Comets have a very interesting structure comprising of four main parts: the nucleus, composed of rock, dust and frozen gases, typically spanning a few kilometres, although bigger ones have been observed; a small atmosphere of gas surrounding the nucleus (only present when the comet approaches its closest point to the Sun), called coma; and the two distinctive cometary tails (there is at times third tail). The green colour of the coma is due to carbon and nitrogen present in the coma reacting with the Sun’s ultraviolet radiation. The tail that we are mostly used to observing – dust tail and is composed of micron sized dust particles, the second tail composed of charged particles – ion or gas tail. The tails are released only when the comet approaches the Sun at a distance where the heat and radiation emanating from our star is intense enough to vaporize the frozen gases. The dust tail is curved, while the gas tail is straight and always points away from the Sun as this is carried by the solar wind - flow of charged particles emitted by the Sun. As comets are formed by leftover material, they carry with them important information about the early stages of the Solar System’s formation. This beautiful image shows the comet C/2020 F3 (Neowise), as seen from Germany in July 2020, with three of the four structures clearly visible – coma, gas, and dust tail.