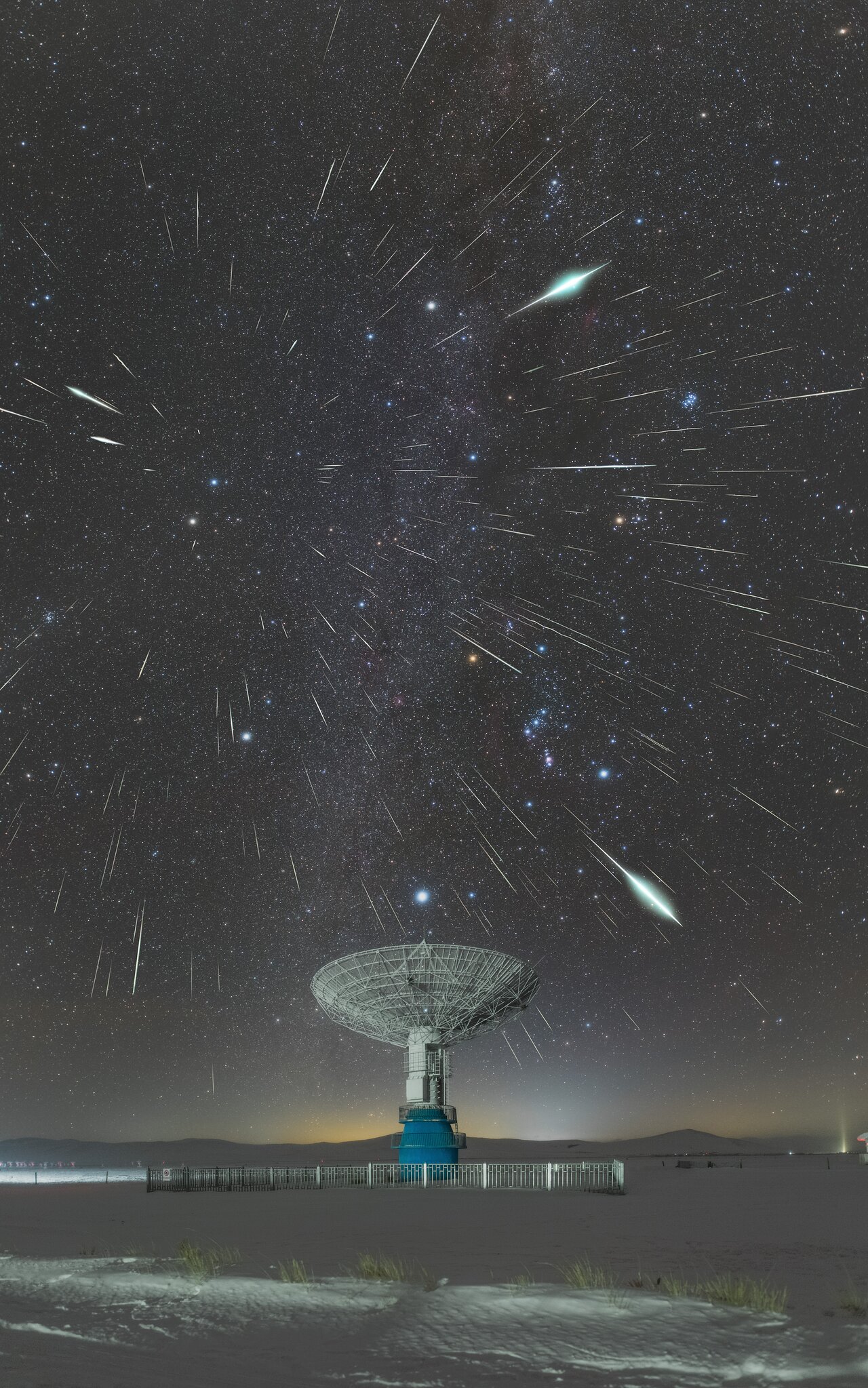 As the Earth travels around the Sun, it may cross the path of debris left behind by a comet or, more rarely, by an asteroid. These debris enter the atmosphere at high speed, producing beautiful tracks as they burn in the sky due to friction with the atmosphere. The image captures the Geminid meteor shower, named because the radiant point is located on the sky in the constellation Gemini. The particles composing the meteor shower travel at similar speed and in parallel trajectories, which causes a perspective effect like if the stream radiates from one single point in the sky, which is known as the radiant point. This image, taken in December 2020 in China, clearly shows this perspective. This is a very prolific shower, in such a way that over one hundred meteorites could be seen per hour in recent appearances. This meteor shower is one of the few associated not with a comet, but with an asteroid – 3200 Phaeton, which might be a comet that lost all its volatile material. This image shows the large number of meteors that can be observed in this shower, which always happens in December every year. The image also shows one of the most prominent constellations in the night sky, Orion, easily seen by the three stars in a diagonal making up Orion’s Belt, and the red-orange star Betelgeuse. Right above the dish is a bright point and that is the Sirius, the brightest star in the night sky and part of the constellation Canis Major. The fuzzy bluish smudge at around 2 ‘o’ clock is the Pleiades star cluster.