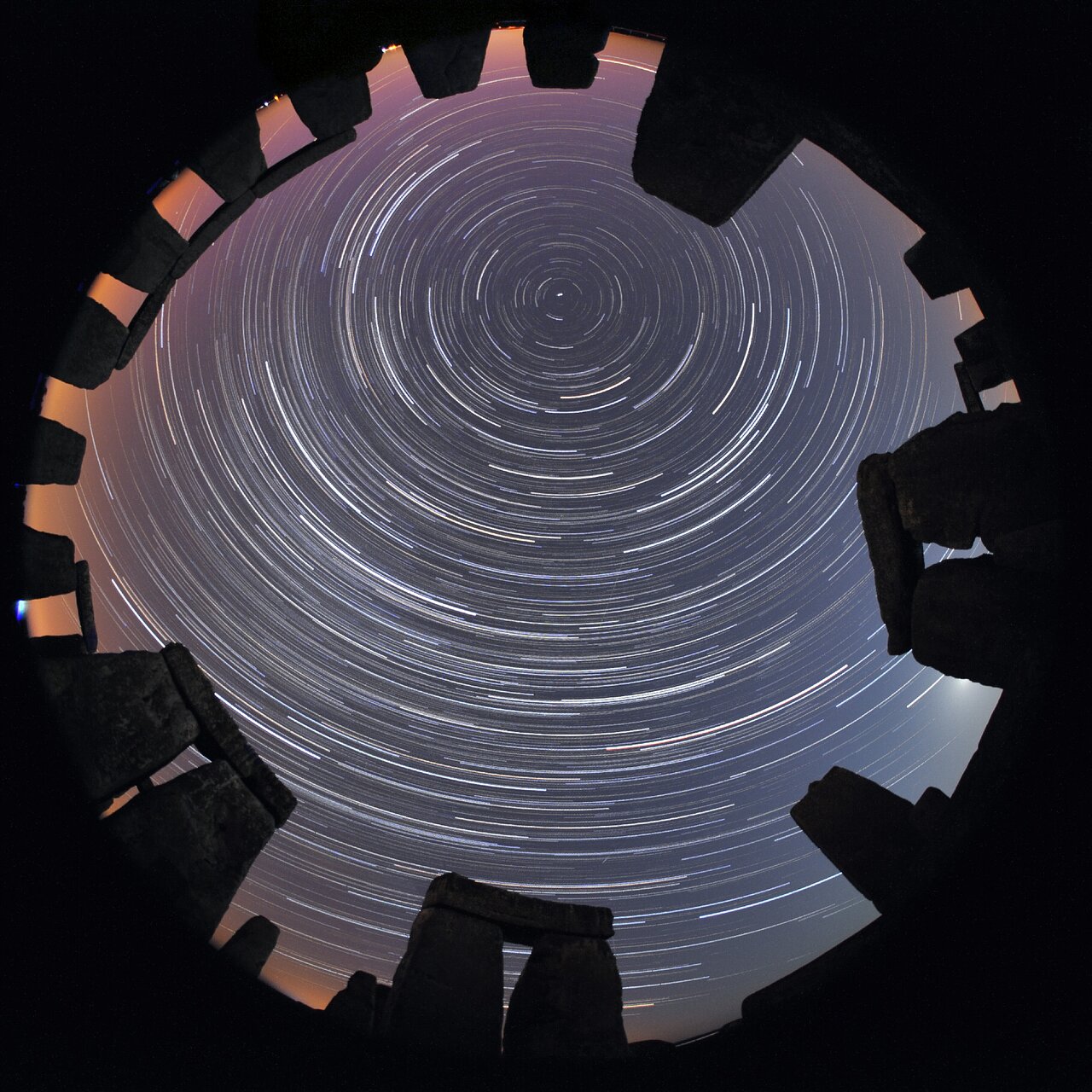 Astronomy is one of the oldest (if not the oldest) of the sciences, and as such has connection to various cultures over millennia. This image in a way conveys this relationship by being contextualised in Stonehenge. There is much research into what astronomers call archeoastronomy sites, and how they connect to the sky (for example, seasons, phases of the moon and much more). Civilizations across time and from all over the world have their own views and interpretations of what they see in the sky, and this has been tied not only to culture but also to the people’s day-to-day and seasonal activities. The “concentric circles” which are often referred to as “star trails”, are the result of the apparent motion of the sky, which is in reality due to the rotation of the Earth on its axis. The small dot appearing towards the top center of the image is Polaris – The North or Pole Star. Polaris is only visible to observers in the Northern latitudes. The height of the Pole Star can be used to infer the observer’s actual latitude. Stonehenge is located at around 51° North. This image is taken from one of the most notable ancient sites in the world, brings us back in time, and makes us wonder about the stories told by the people that lived in that place many millennia ago.