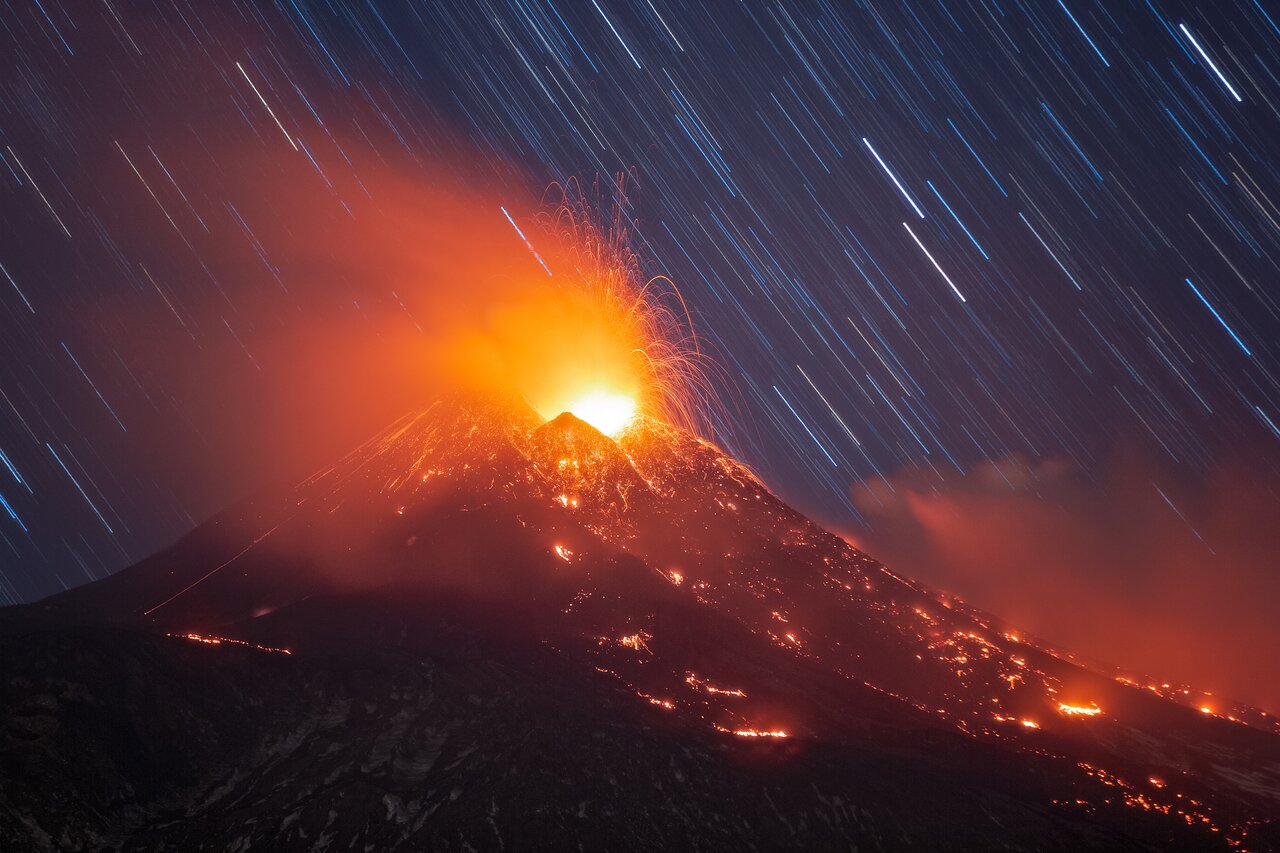 This spectacular image captures some of the most dramatic expressions of Nature, the eruption of a volcano and the night sky. The volcano in the foreground is Mount Etna, located in Sicily/Italy, during an eruption in February 2021. In the background, we can see the star trails resulting from the Earth's motion around its imaginary axis. As Mount Etna is located about 37° N, we can notice that the arcs are quite open, as this is far from the North Pole, from where the view from the sky would provide traces drawing circles. As we move to the Equator, either from the Southern or Northern Hemisphere, the star traces become more and more parallel, instead of circular, as the viewer moves away from the zenith pointing to one of the Earth's rotational axes. Therefore, the sky presents us with valuable information about location and time and was an important practice for ancient civilizations to follow the movement of the celestial bodies. The image also captures the varying colours of stars which result from differences in the temperature of stars: higher temperature stars are bluer, compared to the lower temperature white and red stars.