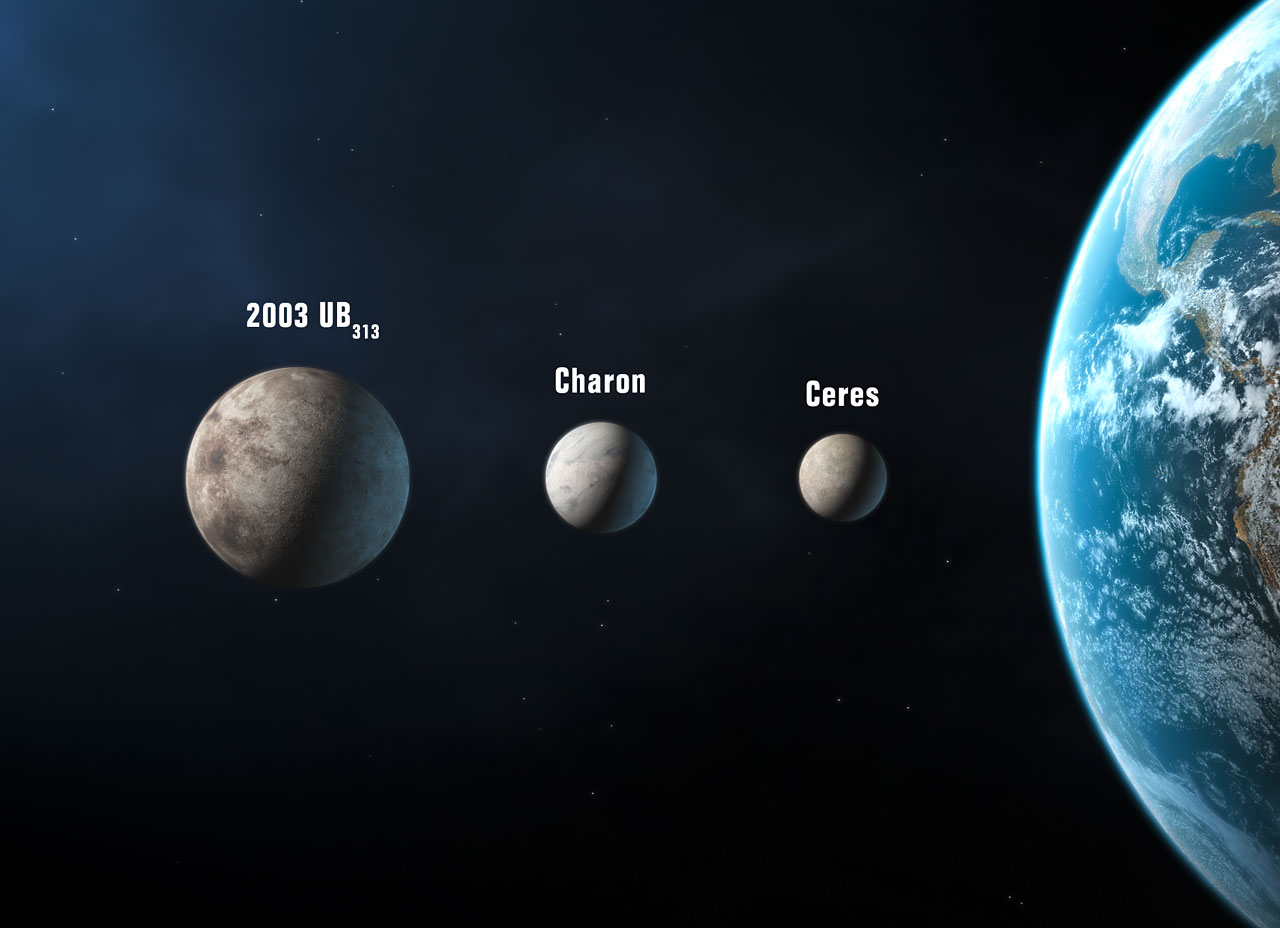 The world's astronomers, under the auspices of the International Astronomical Union (IAU), have concluded two years of work defining the lower end of the planet scale - what defines the difference between "planets" and "solar system bodies". If the definition is approved by the astronomers gathered 14-25 August 2006 at the IAU General Assembly in Prague, three of the bodies in the Solar System will be assigned new status as planets: Ceres, Charon (Pluto's companion) and 2003 UB313. There is no change in the planetary status of Pluto.

In this artist's impression the planets are drawn to scale, but without correct relative distances.