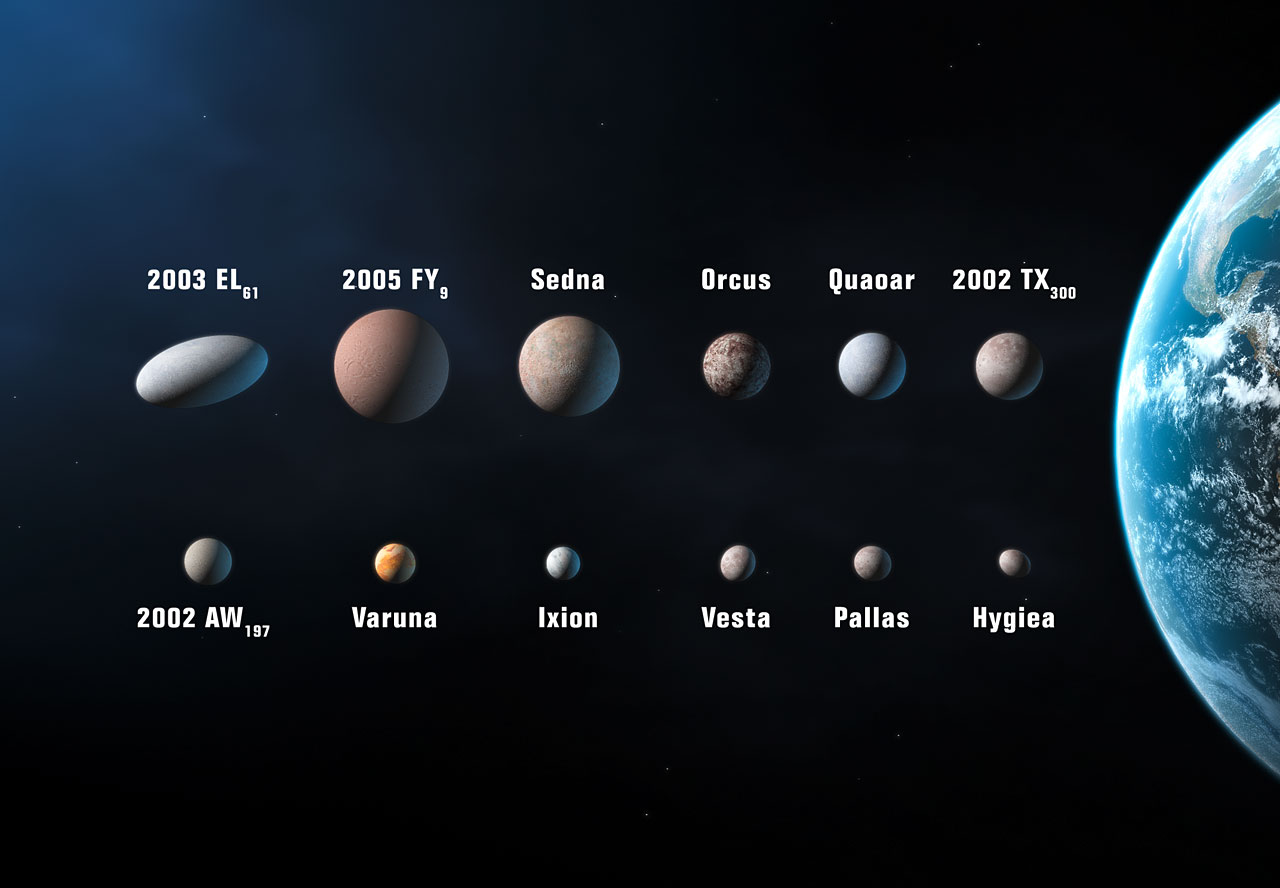 The world's astronomers, under the auspices of the International Astronomical Union (IAU), have concluded two years of work defining the lower end of the planet scale - what defines the difference between "planets" and "solar system bodies". If the definition is approved by the astronomers gathered 14-25 August 2006 at the IAU General Assembly in Prague, our Solar System will consist of 12 planets: Mercury, Venus, Earth, Mars, Ceres, Jupiter, Saturn, Uranus, Neptune, Pluto, Charon and 2003 UB313.

There will most likely be more planets announced by the IAU in the future. Currently a dozen "candidate planets" are listed on IAU's "watchlist" which keeps changing as new objects are found and the physics of the existing candidates becomes better known. A number of these planet candidates are shown here.

In this artist's impression the planet candidates are drawn to scale, but without correct relative distances.