Illustration of the dwarf planet Makemake 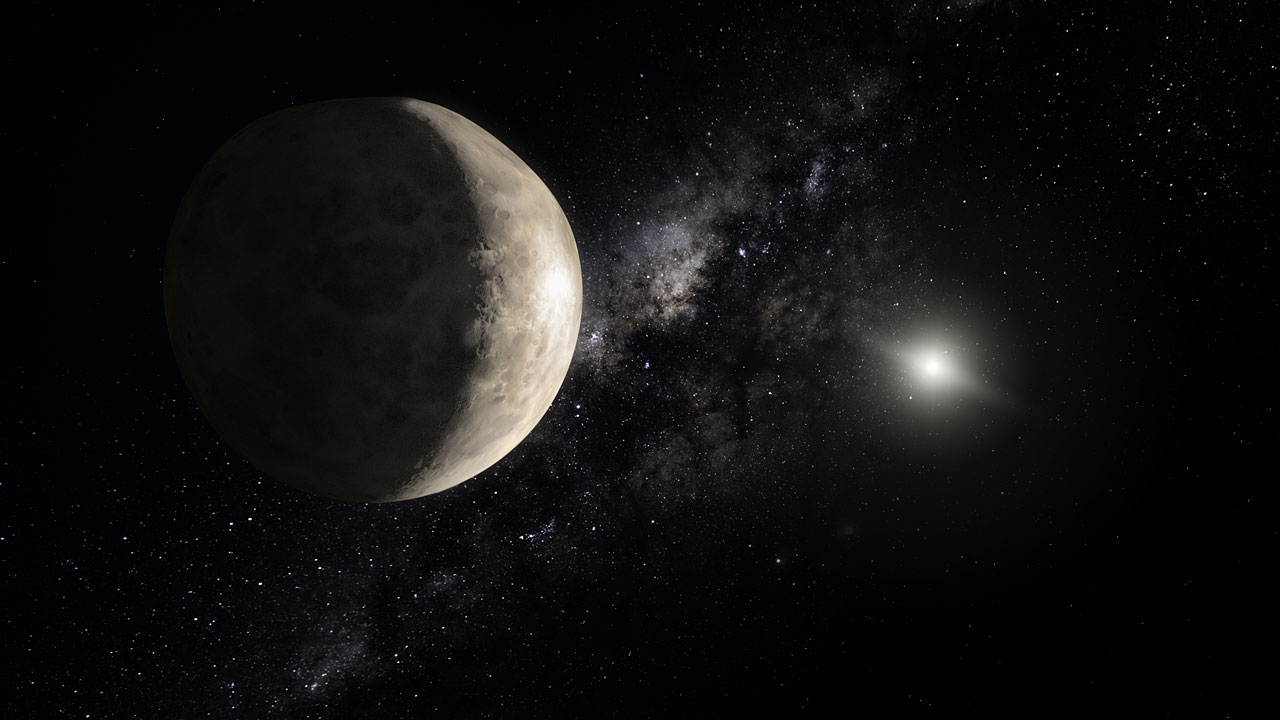 This illustration shows Makemake, a plutoid located in a region beyond Neptune that is populated with small Solar System bodies (often referred to as the transneptunian region).  The object was discovered in 2005 by a team from the California Institute of Technology led by Mike Brown, and was previously known as 2005 FY9 (or unofficially "Easterbunny"). Visually, it is the second brightest transneptunian object, following after Pluto.

The name Makemake was suggested by Mike Brown, in honour the creator of humanity and the god of fertility in the mythology of the South Pacific island of Rapa Nui or the Easter Island. Makemake was the chief god of the Tangata manu bird-man cult and was worshiped in the form of sea birds, which were his incarnation. His material symbol was a man with a bird's head. Members of the International Astronomical Union's Committee on Small Body Nomenclature (CSBN) and the IAU Working Group for Planetary System Nomenclature (WGPSN) agreed with his proposal.