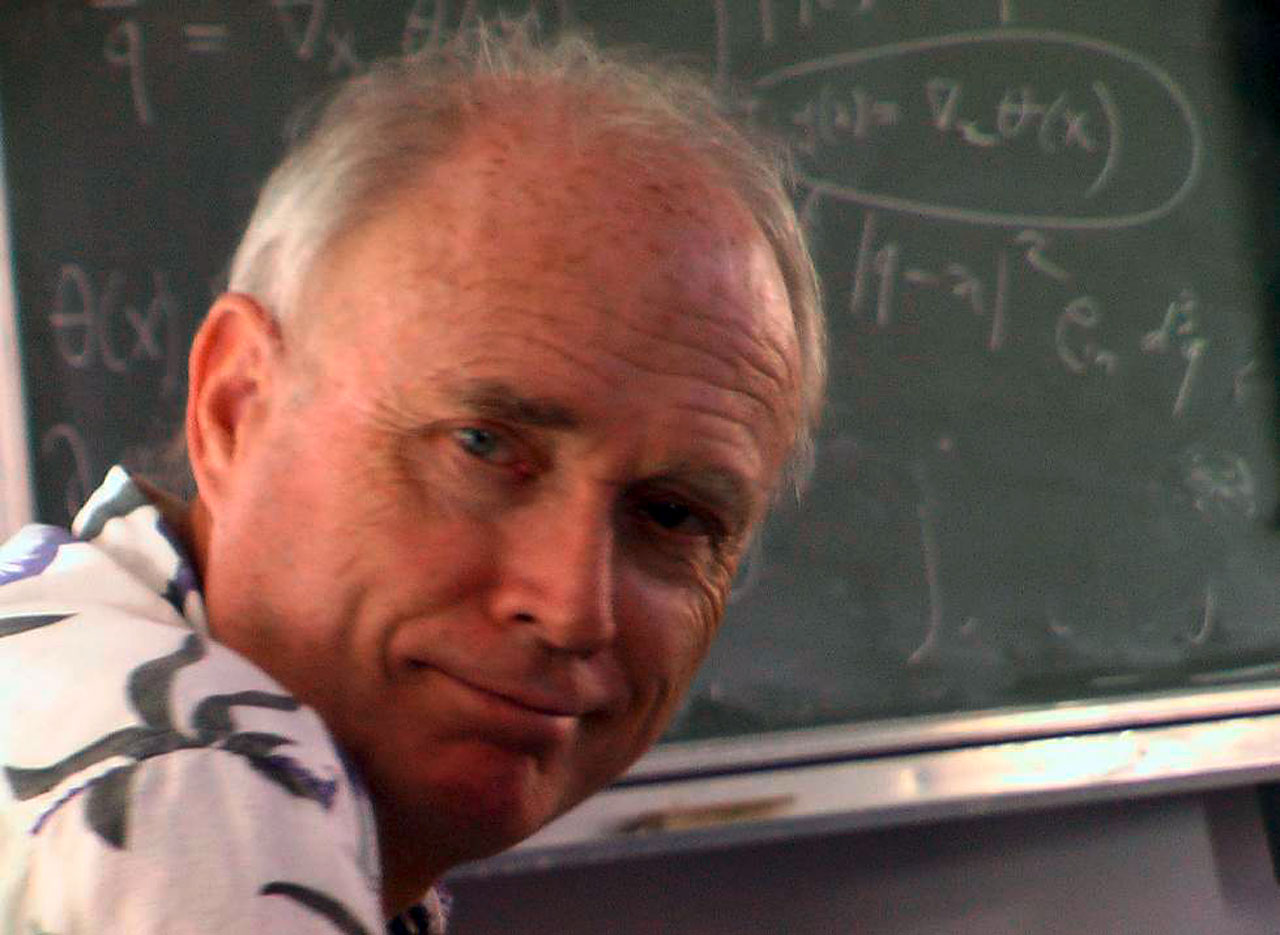 R. Brent Tully, recipient of the 2014 Gruber Cosmology Prize, has been an astronomer at the University of Hawaii since 1975. He came to prominence with the publication of a 1977 paper, written with J. Richard Fisher, proposing a relationship between the mass of galaxies and their luminosities. Measure the mass of a galaxy, and you’ll know the galaxy’s intrinsic brightness; compare the intrinsic brightness with its observed brightness, and you’ll know its distance (much as you could calculate the distance of a light bulb if you knew its wattage). The Tully-Fisher relation, which remains a standard tool in astronomy to this day, has allowed astronomers to determine distances to galaxies, the key measurement that endows the Universe with a third dimension.

In 1988, Tully published The Nearby Galaxies Catalog, along with the Nearby Galaxies Atlas, the first major attempt to illustrate the 3D distribution of galaxies. Using 3D locations approximated from redshifts and a simple model, he mapped 2400 nearby galaxies. The atlas has never been duplicated on paper. At intervals, Tully has also published catalogs of directly measured distances. The most recent, in 2013, released distances for over 8,000 galaxies, which is the largest assembly of distance currently available.