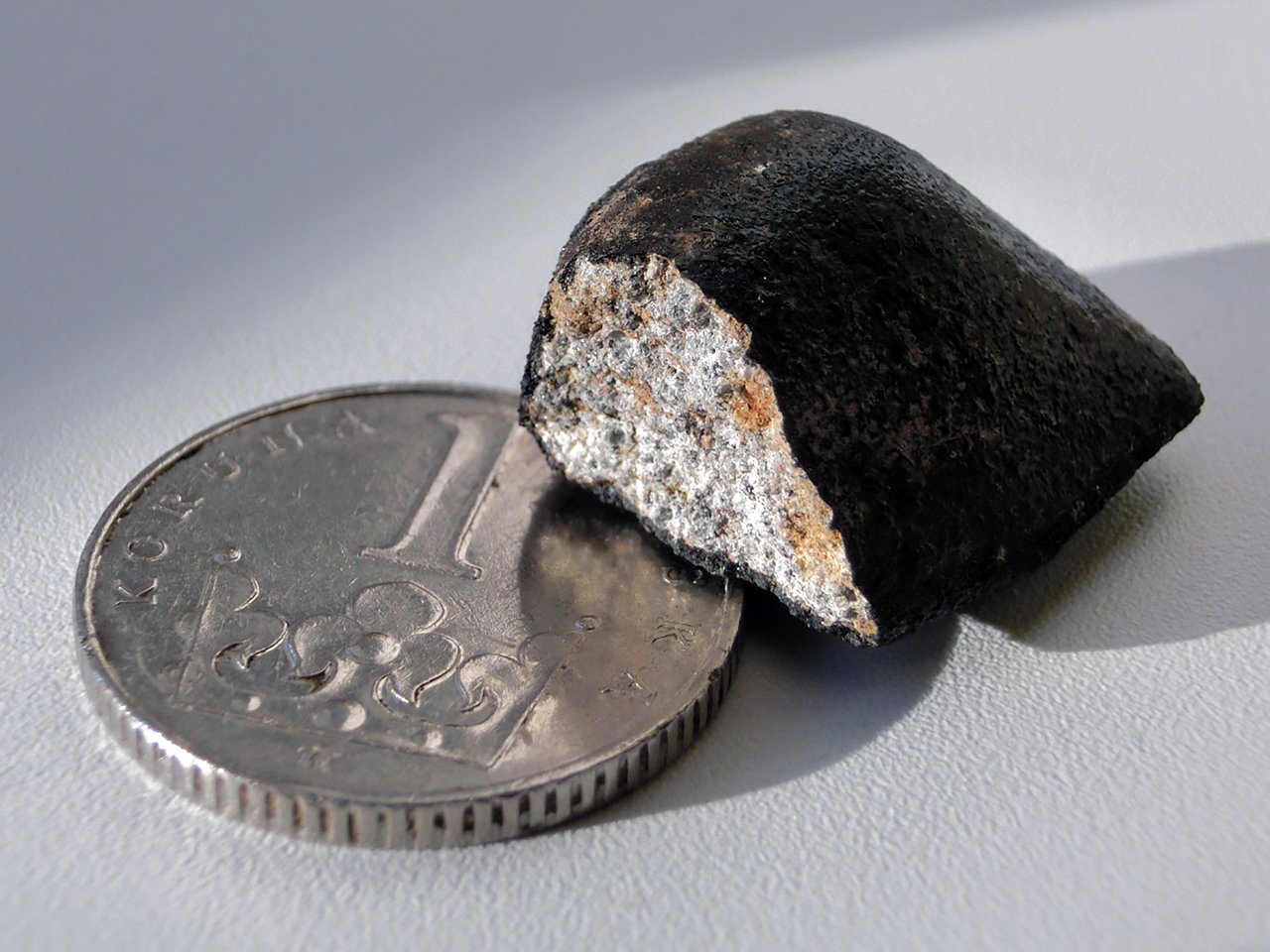 The meteorite Zdar nad Sazavou seen as a fireball mass of 6 grams. It fell in the Czech Republic on December 9, 2014 and was found after the fall location was predicted from fireball images. The meteorite broke up during the late stages of the fall so that the dark fusion crust is missing on one side. The reddish spots are due to rusting of meteorite metals. A coin is provided for scale.

IAUPavel Spurny, Astronomical Institute of the Czech Academy of Sciences.